Madhya Pradesh Governor Lalji Tandon on Monday issued a fresh directive to beleaguered Chief Minister Kamal Nath to hold a floor test in the assembly on Tuesday as a 'letter war' raged between the two
constitutional functionaries amid political turmoil in the state. 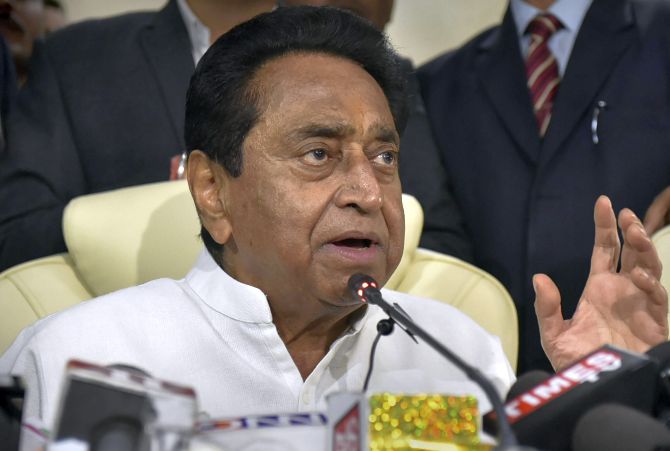 The governor said failure to hold a floor test will mean the chief minister does not enjoy majority in the house.

Tandon's fresh directive came two days after he first asked Nath to face a floor test on Monday, the day when the budget session of the Assembly commenced.

However, the assembly was adjourned till March 26 after the state government raised concerns over the coronavirus threat without taking up the confidence motion as demanded by the Bharatiya Janata Party.

The 15-month-old Nath government, whose stability has come under doubt due to resignation by a section of Congress MLAs, pointed out that legislature sessions in several other states had been truncated due to the coronavirus outbreak.

Earlier in the day, Nath wrote a letter to the Governor, stating that holding the floor test on Monday would have been "undemocratic and unconstitutional" in a situation where his MLAs have been held hostage".

Apparently annoyed over the tone of Nath's missive, Tandon dashed off another letter to the Congress chief
minister, requesting him to take up trust vote on Tuesday and prove his majority in the house.

The Nath government has been teetering on the brink of a collapse ever since 22 Congress rebel MLAs resigned.

"Thanks for the reply to my letter dated March 14. But I am hurt that the tone and tenor of it is not conducive to democratic values," the governor letter stated.

"I request you again to take up a floor test and prove your government's majority in the assembly on Tuesday to uphold the constitutional and democratic values, the governor said.

"Or, it will be construed that you don't enjoy majority in the House, he stated.

Tandon expressed his annoyance over the Congress government not seeking a trust vote on Monday as directed by him.

"The Supreme Courts rulings that you have quoted in your letter (for not holding floor test) do not apply to the existing situation and circumstances," he added.

Earlier in the day, Nath, in his letter to Tandon, said holding of a floor test in the Assembly would have been "undemocratic and unconstitutional" in view of some MLAs of the Congress being held in "captivity" by the BJP with the help of the Karnataka Police.

The BJP has steadfastly denied holding any Congress MLA in "captivity".

"I would like you to recall that when I met you on March 13, 2020, I had brought to your notice that the BJP has kept many Congress MLAs as captive under the control of Karnataka Police and they were forced to give different types of statements.

"I have clarified that in such a situation holding any floor test has no meaning," Nath stated in his six-page letter dated March 16.

"A floor test will be meaningful only when all the MLAs are free from captivity and totally free from all kind of pressure," Nath stated.

In his letter, the CM also referred to a Supreme Court judgment defining powers of a governor under Article 175 (2).

"The governor must keep clear of any political horse-trading and even unsavoury political manipulations, irrespective of the degree of their ethical repulsiveness..." it stated.

Referring to the governor's letter, Nath said he was surprised" to know that Tandon believed that prima facie the state government had lost majority.

"It appears that you have mentioned so based on the information provided by the BJP. In this context, legal provisions are clear that governor cannot take cognisance of any group separated from the main party," it stated.

Nath also said it is the prerogative of the Speaker to oversee proceedings in the House.

"It was painful to know that the concern expressed by me on the possible bribing or luring (of MLAs) by the BJP did not find any mention in your letter.

"Besides, in the messages in the form of directions, you have expected from me to do things related to Assembly, which according to me, is the prerogative of speaker," Nath stated.

"I am hopeful and also believe that the Mahamahim (Governor) will perform his duties further as per law and Constitution," he added.

Nath said on Sunday late night that he had already communicated to the governor in writing that his government is ready for the floor test but the MLAs held "captive" should be released first.

In his brief address to the House on the first day of the Budget session, Tandon asked legislators to follow Constitutional traditions and maintain dignity of democracy.

After his address which lasted for barely two minutes, Tandon left the Assembly along with Speaker NP Prajapati. 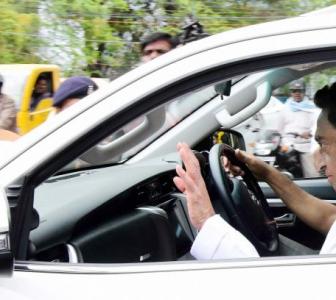 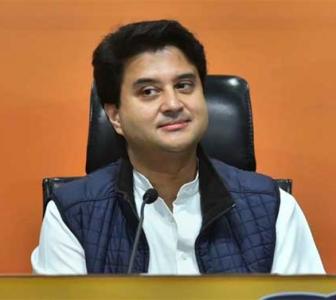 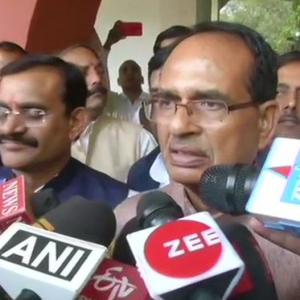