Raghuvansh Singh, who quit RJD days ago, passes away 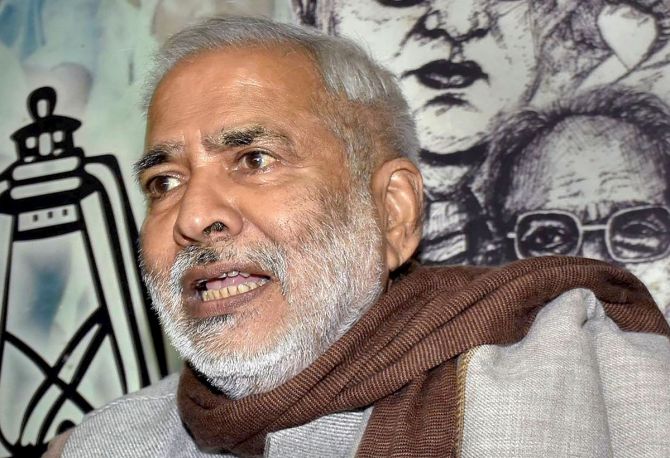 Former Union minister Raghuvansh Prasad Singh, under whose stewardship of the rural development ministry the ambitious National Rural Employment Guarantee Act was launched by the Manmohan Singh government, died at AIIMS in New Delhi where he was admitted for treatment of post-COVID complications, a close aide said.

Singh, a socialist stalwart, was 74, and his survived by two sons and a daughter.

He had fallen critically ill on Friday night and was put on ventilator in the ICU.

Singh became breathless and developed other complications before breathing his last at 11 am, Kedar Yadav, a close associate of Singh said.

Avadhesh Kumar Singh, the former Union minister's representative in Vaishali, said his mortal remains will be flown to Patna around 8 pm on Sunday.

He will be cremated with full state honours at Hasanpur Ghat on the banks of the Ganga, about 15 km from his village Shahpur in Vaishali district.

Singh, a long-time friend and associate of Rashtriya Janata Dal supremo Lalu Prasad, had resigned from the party on Thursday and speculation was rife that he could join Bihar's ruling Janata Dal-United ahead of the state assembly polls likely in October-November.

"Since the death of Jannayak Karpoori Thakur, I stood behind you for 32 years, but not now," he had said in his brief one-line resignation letter to Prasad, who is serving sentences in four fodder scam cases in Ranchi.

Hours later, Prasad wrote back from jail in complete disbelief.

"For four decades, we have together discussed political, l discuss again. You are not going anywhere, you understand," Prasad wrote in a handwritten letter that had the stamp of the prison authority.

"The passing away of Raghuvansh Prasad Singh is tragic. An outstanding leader rooted to ground, Raghuvansh Babu was a true stalwart with phenomenal understanding of rural India. With his spartan and sagely lifestyle, he enriched public life. Condolences to his family & followers," Kovind tweeted.

Vice President M Venkaiah Naidu condoled the death of the former Union minister, saying he will always be remembered for his role in implementing the rural employment guarantee scheme.

In a moving tribute to the departed leader, Prime Minister Narendra Modi, who received the news of his death when he was inaugurating a string of petroleum sector schemes for Bihar, called him a grassroots leader with deep understanding of poverty and problems of the poor.

"I will request Nitish Kumar to execute the development projects he wrote about in the letter. Let's together--the state and the Centre--fulfil his wishes," Modi said, while referring to Singh's letter to the chief minister
he had sent on Thursday about development projects in Vaishali Lok Sabha constituency which he represented for five successive terms.

"I am deeply saddened by the death of senior Bihar politician Raghuvansh Babu. His entire life was devoted to the ideas of Lohia ji and Karpoori Thakur ji. His dedication to the welfare of the poor and deprived class will always be remembered. I express my condolences to his family. Om Shanti," Union Home Minister Amit Shah said in a tweet in Hindi.

"His death is a personal loss to me and an irreparable loss to political, social, educational life of Bihar and the socialist movement," Kumar said in a condolence message.

He spoke to the state's resident commissioner in New Delhi and instructed him to make arrangements for bringing back Singh's mortal remains to Patna.

The last rites of the departed leader will be performed following the COVID-19 protocol in place across the country, a CMO statement said.

RJD chief Lalu Prasad said he was rendered "speechless" on receiving the news of Singh's death.

"I had told you only the day before yesterday that you are not going anywhere. But you have gone so far away. I am speechless, I am sad. You will always be in my memory," he tweeted in Hindi.

Congress leader Rahul Gandhi paid rich tributes to Raghuvansh, saying with his demise a strong voice of the village and farmers has been lost.

The Congress also termed him as the "beloved son of Bihar" who will be remembered for being the advocate of moral values in politics, and said his demise heralds the end of a chapter in the history of revolution.

"With the demise of Shri Raghuvansh Prasad Singh ji, a strong voice of the village and farmers has been lost forever. His service and dedication for the upliftment of villages and farmers and his struggle for social justice will always be remembered. My heartfelt tributes to him," Rahul Gandhi said in a tweet in Hindi.

Rahul has since left for the US along with his mother Sonia Gandhi for her medical check-up.

Priyanka Gandhi Vadra said his demise is an irreparable loss to Indian politics and he will be remembered for his contribution.

"The demise of Shri Raghuvansh Prasad Singh, who was a strong voice of the rural areas, farmers and social justice, is an irreparable loss to Indian politics.
Raghuvansh ji will always be remembered for his contribution. My heartfelt tribute," she said in a tweet in Hindi.

The Congress also tweeted, "An advocate of moral values in politics, a strong voice of the underprivileged has turned silent today. Your departure is the end of a chapter in the history of revolution. The Congress family pays its tributes to Bihar's beloved son Shri Raghuvansh Babu."

Senior Congress leader and former union minister Jairam Ramesh said he deeply mourns the passing away of Raghuvansh Prasad Singh, the mathematician-politician from Bihar who was an outstanding Minister of Rural Development during 2004-09 at a time of UPA-1.

Ramesh said while the NAC chaired by Sonia Gandhi gave MGNREGA an initial design, thereafter it was Raghuvansh Prasad Singh who took it forward, giving it final shape and piloting it through the Union Cabinet and Parliament with great exuberance and skill.

"He also played a key role in launching new pension schemes for the aged, disabled and widows. He was a powerful speaker in Parliament who earned the respect of one and all by his transparent sincerity and integrity.

"As Minister of Rural Development myself, I worked hard to come up to his high standards he had set. I would consult him often and he would treat me with great affection. I salute his accomplishments," Ramesh said while paying tributes to Singh. 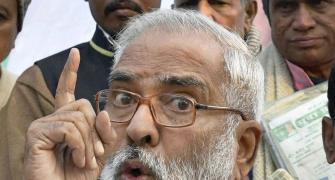 After quitting RJD, Raghuvansh reaches out to Nitish 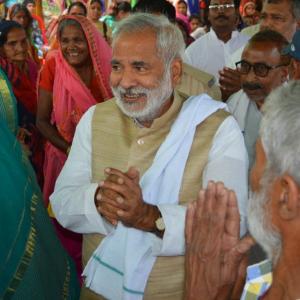