As veterans begin fast unto death, ex-service chiefs write to PM on OROP Cranking up pressure on the government to implement ‘One Rank One Pension’ scheme, 10 former Service Chiefs have written to Prime Minister Narendra Modi pressing for its expeditious resolution even as two ex-army men began an indefinite hunger fast at Jantar Mantar.

Voicing dismay over the inability of political leadership to implement OROP, the former Service Chiefs in an open letter to Prime Minister Narendra Modi said the scheme should be implemented within a definite time frame as any further delay will lower the morale of the armed forces.

-- What is OROP? What are the ex-servicemen demanding?

The unprecedented step by the 10 former Service Chiefs comes just days after Modi reiterated from Red Fort that government has accepted the OROP in principle and that talks are in final stages.

The Service Chiefs also sought immediate action against Delhi police for its “high-handedness” on August 14 against the veterans who were staging protest at Jantar Mantar to demand OROP implementation.

The development came on a day when two of the agitating ex-servicemen launched fast-unto-death.

Former Army Chief Gen V P Malik, who tried to assist in the negotiations with the ex-servicemen, on Monday said the basic issue on which stalemate persisted was agreeing on the base year for the OROP implementation, ranging from 2006, 2011 to 2013-14. He appealed to those on fast-unto-death not to proceed with such extreme steps. 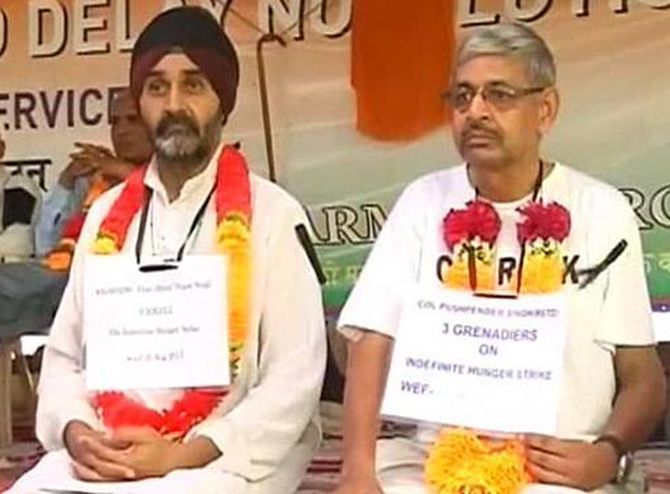 On day 64 of their protests, Colonel Pushpender Singh and Haviladar Major Singh have begun a fast unto death. Photograph: @MissionOROP/Twitter

In their letter, the Service Chiefs said, “We had earlier not approached the Honourable Prime Minister as we had full faith in the announcements made by our senior political leadership from time to time. We were also hopeful that the announcement of the implementation of OROP would be made to the nation on Independence Day. Regrettably this has not happened,” said the letter.

“We have full faith in our political leadership but their inability to clinch the issue leaves us dismayed. We stand steadfastly by the side of our colleagues and fully support their just cause,” the letter said talking about the ongoing protest at Jantar Mantar by the ex-servicemen community.

The letter said that their silence so far was to observe propriety.

“As much as the ORP, the respect and dignity of the soldier is at stake here and let it be known that we have extreme concern for the veterans’ long pending demands.

“We would strongly urge the government to settle this issue expeditiously and in an urgent time frame. Any further delays in our considered view will be at the cost of damaging the pride of veterans and lowering the morale of the armed forces. The nation can ill afford such an imbroglio,” the letter said.

The former Service Chiefs said that definition of OROP was: uniform pension to be paid to the armed forces retiring in the same rank with the same length of service irrespective of their date of retirement.

They added that the then Defence Minister after consultations with the Services Headquarters representatives,  veterans and MoD Officials had approved a Rs 8,300-crore model in February 2014 based on formula of maximum pension date for each rank and service as on financial year 2014.

“The often quoted technical difficulties without ever being specified and discussed are thus bewildering. This is simple arithmetic based on the Standard Pension Tables of the government.

“These delays are construed to be only with a view to bring in changes in the parameters and dilute the entitlements, which will be grossly unjust and unacceptable,” the letter said.

Stressing that they are deeply perturbed and distressed by the highhanded treatment of veterans on August 14 at Jantar Mantar, they said the ex-servicemen have been on a peaceful demonstration at this venue and have been trying to make the government hear their voice since June 12.

“We unequivocally condemn the action by the police and urge the government to investigate and take immediate action,” they said.

“It is pertinent to mention that these veterans are the same soldiers, who have displayed unflinching loyalty towards the Constitution and the nation during their service and still remain motivated to die for a noble cause. Unfortunately their dignity and pride today stand scarred and is a cause for serious concern,” the letter read. 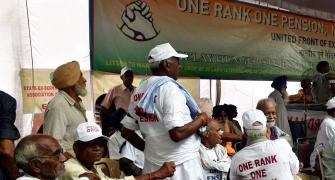 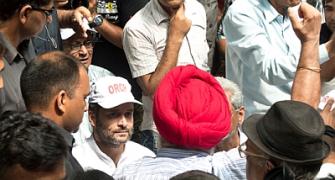 PM should announce date for implementation of OROP: Rahul 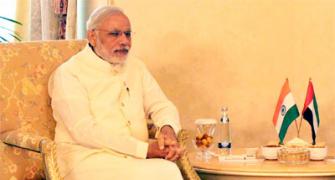 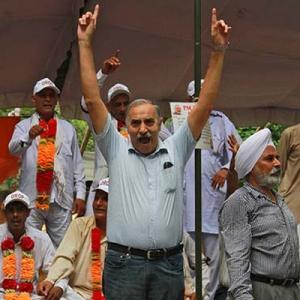 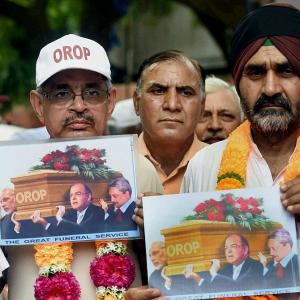