The National Investigation Agency on Wednesday claimed before the Bombay high court that former police officer Pradeep Sharma was the main conspirator in the "cold-blooded murder" of Thane businessman Mansukh Hiran, who was considered a weak link in the "larger conspiracy of terrorising" the family of industrialist Mukesh Ambani. 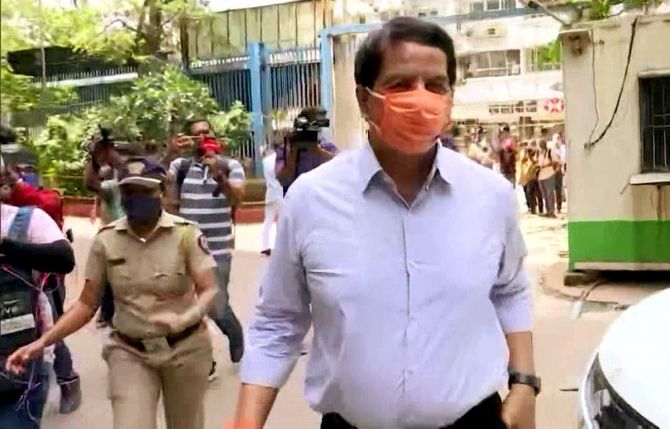 Sharma along with other accused in the case attended various meetings inside the compound of the police commissioner's office building, where the alleged conspiracy was hatched, the NIA said in an affidavit filed in the HC, and claimed that dismissed police officer Sachin Waze gave Rs 45 lakh to Sharma for henchmen to kill Hiran.

While opposing Sharma's petition seeking bail, the NIA also said Sharma was not innocent and alleged that he had committed offences of criminal conspiracy, murder and terror acts.

A division bench of Justices A S Chandurkar and G A Sanap posted the plea for further hearing on July 17.

On February 25, 2021, an explosives-laden SUV was found near industrialist Mukesh Ambani's residence 'Antilia' in south Mumbai. Businessman Mansukh Hiran, who was in possession of the SUV, was found dead in a creek in neighbouring Thane on March 5 last year.

The NIA in its affidavit said, "Pradeep Sharma was an active member of a gang that had conspired to terrorise people, including the Ambani family, and murdered Mansukh Hiran as he was a weak link in the conspiracy."

The agency claimed Hiran was aware of the whole conspiracy (parking of the explosive-laden vehicle outside Antilia) and the accused persons (Sharma and Waze) apprehended that he (Hiran) would "spill the beans", which would then make it difficult for Sharma and Waze to continue to "yield the fruits" of the larger conspiracy.

Former 'encounter specialist' Sharma was arrested by the NIA on June 17, 2021 and is currently in judicial custody.

The NIA in its affidavit said Sharma and the other accused in the case committed a heinous and serious offence under the Unlawful Activities Prevention Act (UAPA).

"From the evidence gathered, it is crystal clear that Pradeep Sharma was directly involved in the crime and had committed the offences of conspiracy, terrorist act, being member of a terrorist gang, kidnapping, murder and destruction of evidence," it said.

"Pradeep Sharma willingly and intentionally entered into a well organised criminal conspiracy for the execution of the cold-blooded murder of Mansukh Hiran, which was a direct outcome of the terrorist act committed by co-accused Sachin Waze and others," the NIA claimed.

As per NIA, Hiran was killed after he refused to take the blame for parking the explosives-laden vehicle outside Antilia.

"When Hiran refused to take blame for the crime, Waze hatched a conspiracy with Sharma and the other accused to kill Hiran so that he (Hiran) does not divulge that Waze was the one who parked the vehicle outside Antilia," the agency said.

The killing of Hiran was the culmination of a larger conspiracy, it further claimed.

The larger conspiracy in the present case includes parking of the explosives-laden vehicle outside Antilia and circulating threat letters in the name of 'Jaish-ul-Hind' to terrorise the Ambani family and local people, the NIA said.

The accused killed Hiran and tried to show it as a suicide, it said.

Sharma along with other accused in the case attended various meetings inside the compound of the police commissioner's office building, where the alleged conspiracy was hatched.

"As main conspirator, Sharma hired henchmen for killing Mansukh Hiran by offering them huge amount of money received by him (Sharma) from Waze," the affidavit said.

According to the NIA, Waze had given Rs 45 lakh to Sharma to be handed over to the henchmen to kill Hiran.

After the murder, Sharma directed the co-accused to flee from Mumbai to Nepal to evade arrest, it said.

"There is sufficient oral and documentary evidence against Pradeep Sharma which prima facie reveals and fully establishes his role in the murder of Mansukh Hiran," the affidavit claimed.

The NIA said Sharma was an influential cop and was famously known as an encounter specialist, and if released on bail, he would tamper with the evidence and influence witnesses.

Sharma had approached the HC, challenging a February 2022 order of a special NIA court rejecting his bail plea. 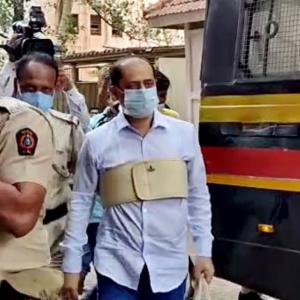