Former Supreme Court judge and social activist Justice V R Krishna Iyer has called for the resignation of former Chief Justice of India Justice K G Balakrishnan from the post of the chairman of the National Human Rights Commission over the amassment of wealth beyond the source of income by his son-in-law Advocate P V Sreenijan.

Justice Krishna Iyer charged that the former CJI's son-in-law's 'amassment' of wealth should be investigated by a commission comprising of three chief justices.

Krishna Iyer also alleged that other than his son in law, Justice Balakrishnan's daughter and son have also amassed wealth to the tune of crores and a complete investigation should be brought forth to bring out the truth.

The learned judge also said that these allegations against a former CJI is bringing disrepute to the Indian judiciary and is a shame for the legal system as such. Justice Krishna Iyer also said that his opinion on performance audit in judiciary has become more and more valid.

Meanwhile, the state president of the DYFI, the youth wing of the ruling Communist Party of India-Marxist, M B Rajesh has called upon a total investigation into the wealth of  P V Sreenijan, who is also a state leader of the youth Congress.

Rajesh said that Sreenijan who had contested during the 2006 assembly elections has in his declaration before the Election Commission stated that he did not own any property.

However, in the recent statement given to the income tax department he has  claimed of owning properties worth crores of rupees. The DYFI leader said that how Sreenijan has amassed this much wealth in this short period of time must be probed.

However, the Youth Congress leader called for a total investigation into the allegations.

The Kerala Congress president Ramesh Chennithala while speaking to rediff.com over telephone said that the party has not received any complaints against Sreenijan amassing wealth and added that if such a complaint comes up the party will conduct an investigation, and if found guilty action will be taken against him. 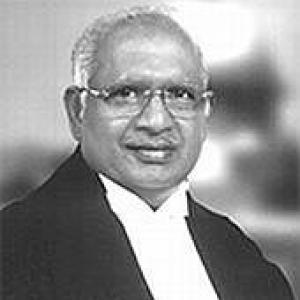