Economically Weaker Sections (EWS) have been given 10 per cent quota in admissions and jobs out of 50 per cent general category seats for the first time without eroding the ”totally independent” reservation for SCs, STs and OBCs, the Centre told the Supreme Court on Tuesday. 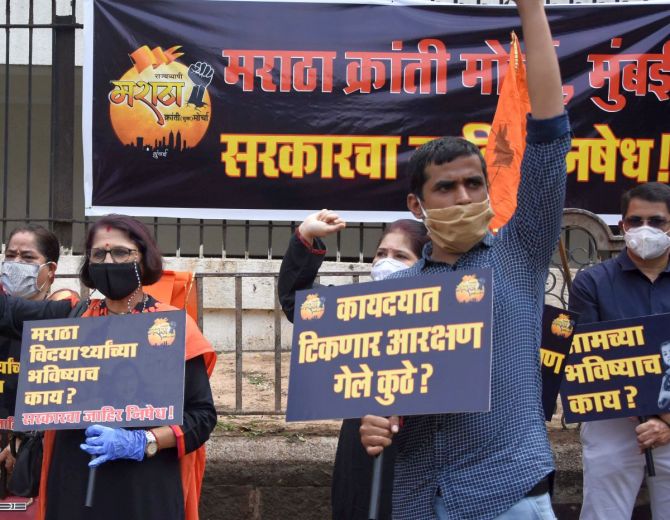 Strongly defending the 103rd constitutional amendment which provides for 10 per cent quota to the EWS, Attorney General K K Venugopal told a five-judge Constitution bench headed by Chief Justice U U Lalit that it does not violate the basic structure of the Constitution as it has been given without disturbing the 50 per cent quota meant for the socially and economically backward classes (SEBC).

Tamil Nadu, however, opposed the EWS quota, saying the economic criteria cannot be the basis for classification and the top court will have to revisit the Indira Sawhney (Mandal) judgment if it decides to uphold the EWS reservation.

Expounding on the existing state's affirmative action besides the quota, the top law officer referred to constitutional provisions and said Scheduled Castes and Scheduled Tribes have been given reservation in promotion in government jobs, legislature, panchayat and municipalities.

”EWS have been given this for the first time. On the other hand, so far as the SCs and STs are concerned, they have been loaded with the benefits by way of State affirmative actions. They are highly unequals,” he told the bench which also comprised Justices Dinesh Maheshwari, S Ravindra Bhat, Bela M Trivedi and J B Pardiwala.

”A large population of this general category, which is perhaps more meritorious, will be deprived of the opportunities in educational institutions and jobs (if quota for them is scrapped),” Venugopal said and sought to distinguish between the SEBC and the EWS of general category, insisting both are unequal and not a homogeneous group.

He said the quotas for SCs, STs and OBCs are ”self contained sections of backwardness” and the EWS reservation is separate.

”Do you have any data that shows that EWS in open category, how much will be their percentage?” the bench asked.

Altogether 18.2 percent of the total population in the general category belonged to EWS, the law officer said and referred to the Multi-dimensional Poverty Index used by the Niti Ayog.

”So far as numbers are concerned, it would be about 350 million (3.5 crore) of the population,” he said.

The reservation for OBCs, SCs and STs fall under different silos other than the EWS quota and it does not violate the basic structure of the Constitution, Venugopal asserted.

”I would now conclude that there existed two compartments so far as reservations are concerned. One is backward classes, which is limited to 50 per cent. The other is a class which is also 50 per cent which is for general category,” he said.

Venugopal would resume his argument on Wednesday.

At the outset, senior advocate Gopal Sankarnarayanan, appearing for NGO Youth for Equality, supported the EWS quota scheme, contending it was ”long overdue” and a ”right step in the right direction.”

”The fact that a maximum of 10 per cent has been fixed as the limit for EWS reservation in addition to the existing reservations suggests that the 50 per cent ceiling limit would be crossed.

"In fact, the reservation numbers across the country reveal how things stand in upsetting the gentle balance that has been achieved by the 50 per cent limit,” he said and gave examples of states like Tamil Nadu and Kerala where the 50 per cent ceiling stood breached.

It may be worth noting that the SCs, STs and OBCs receive political reservation as well under the Constitution, and there are no ceiling limits to the extent of reservation each of the groups can receive, he said.

”On the other hand, EWS reservation is capped at 10 per cent and is not extended to political reservation, thereby providing a balance,” he added.

The insertion of the Economically Weaker Sections is perfectly valid as a class for the extension of special provisions for their advancement, for admissions and for reservations in posts, he said.

Senior advocate Shekhar Naphade, appearing for Tamil Nadu, said the principle of reasonableness and absence of arbitrariness are part of Article 14 (right to equality) of the Constitution.

The right to equality is a part of basic structure and fixing economic criteria solely for grant of quota would violate it, he noted.

Earlier, the top court had on September 15 refused to entertain a submission about Parliament having cleared the 103rd constitutional amendment to provide 10 per cent quota to the EWS without much debate, saying it was ”barred from entering into that arena”.

The Lok Sabha and the Rajya Sabha cleared the 103rd Amendment Bill on January 8 and 9 in 2019 respectively before it was signed into law by then President Ram Nath Kovind.

The apex court had said the Constitution bench will also decide whether the 103rd amendment breached the doctrine of the basic structure of the Constitution by allowing the State to make such special provisions.