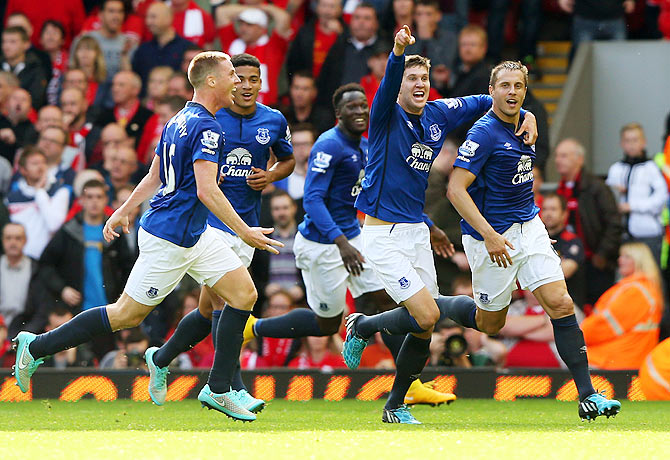 Phil Jagielka (right) of Everton celebrates with teammates after scoring a late goal against Liverpool during their Merseyside derby match in the English Premier League at Anfield on Saturday . Photograph: Alex Livesay/Getty Images

Spoils were shared in two huge Premier League derbies, Chelsea's cracking start continued with a 3-0 win over Aston Villa and Wayne Rooney produced a Jekyll and Hyde display in a nervy Manchester United victory on Saturday.

A jam-packed Premier League programme began with Phil Jagielka's stoppage-time humdinger earning Everton a 1-1 draw at Liverpool and ended with Arsenal's Alex Oxlade-Chamberlain denying Tottenham Hotspur a surprise win at their arch-rivals as the game ended 1-1 in north London.

Rooney scored in the fifth minute of United's home game with West Ham United but was later sent off for a wild challenge as his side hung on for a 2-1 victory.

Gripping as those skirmishes were, however, it was table-topping Chelsea who continued to look a cut above the rest.

Diego Costa scored his eighth league goal of the campaign and Brazilian duo Oscar and Willian were also on target at Stamford Bridge as Chelsea made it five wins from six. 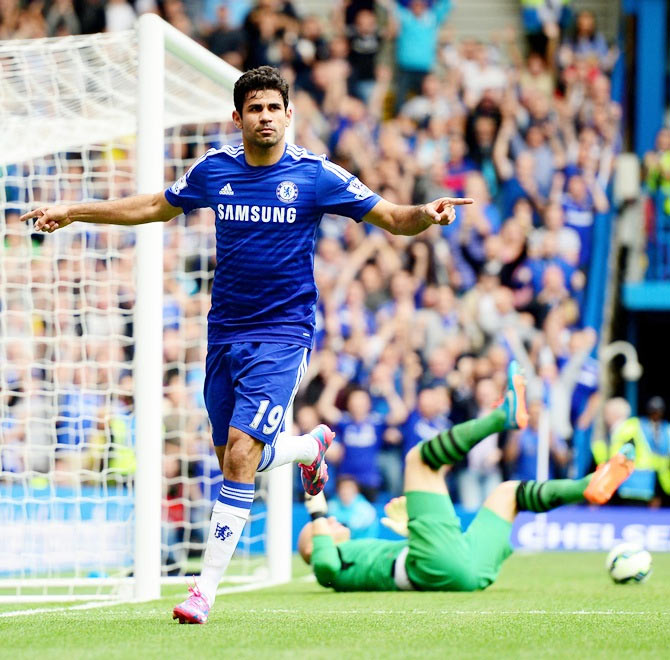 Chelsea lead the table with 16 points, three more than surprise packages Southampton who beat Queens Park Rangers 2-1 and five more than champions Manchester City who had an Edin Dzeko double to thank for a 4-2 victory at Hull City.

"It's not crucial, because it's still early, but it's a gap which gives you a good feeling, it's good to be top of the league," Chelsea boss Jose Mourinho said.

Liverpool came agonisingly close to ending their long wait for a Premier League title last season but their challenge is yet to catch fire this time with three defeats already.

Steven Gerrard's 65th-minute free kick looked like giving them a deserved victory in the 223rd Merseyside derby but they were stunned in stoppage time when defender Jagielka let fly with an unstoppable volley from 25 metres.

It left Liverpool in the bottom half of the table with seven points, one ahead of Everton.

"We were very clearly the better side," manager Brendan Rodgers said. "Everton had virtually nothing in attack. To concede a goal like that so late on is obviously frustrating." 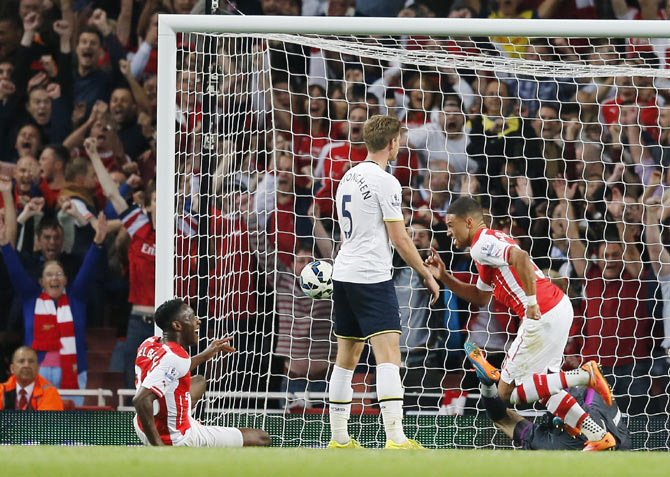 "We had 77 percent possession in the second half which is unbelievable," he said.

Tottenham, who had managed only one win in 25 matches away to Arsenal, enjoyed their best spells either side of halftime and took the lead through Nacer Chadli after 55 minutes.

However, a mistake by Erik Lamela, who had assisted in Tottenham's opener, paved the way for Oxlade-Chamberlain to thump Arsenal level with under 20 minutes left.

Arsenal, who play Chelsea next week, have 10 points along with Swansea City, who drew 0-0 at Sunderland and Villa. 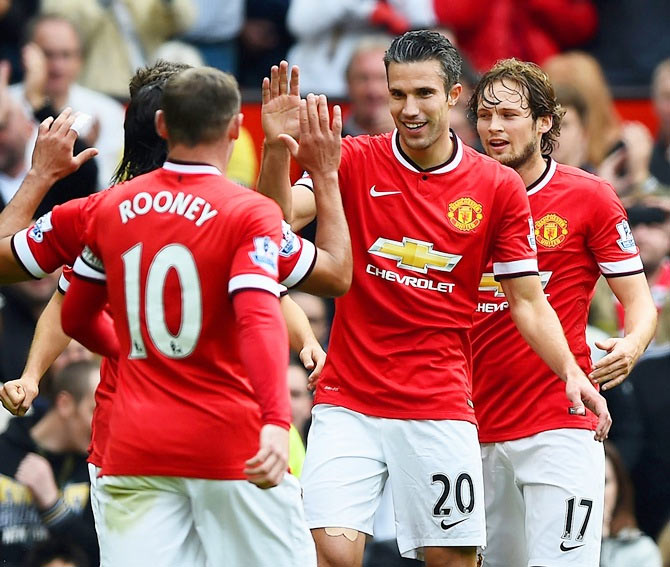 Manchester United climbed to eighth, although what had looked like being a stress-free afternoon against West Ham for manager Louis van Gaal turned into a nail-biting one.

However, the defensive jitters evident in a 5-3 loss at Leicester last week returned as Diafra Sakho halved the deficit and Rooney was sent off for kicking Stewart Downing.

West Ham had a goal disallowed in the dying minutes as United manned the barricades.

"After the red card, we had to fight for the victory and I have said to the lads you have been rewarded today because you fought until the end - and more than that," Van Gaal told MUTV.

Referring to Rooney, he said: "I could imagine why he did it. But I think you have to do it more friendly and that is the only thing that I can say." 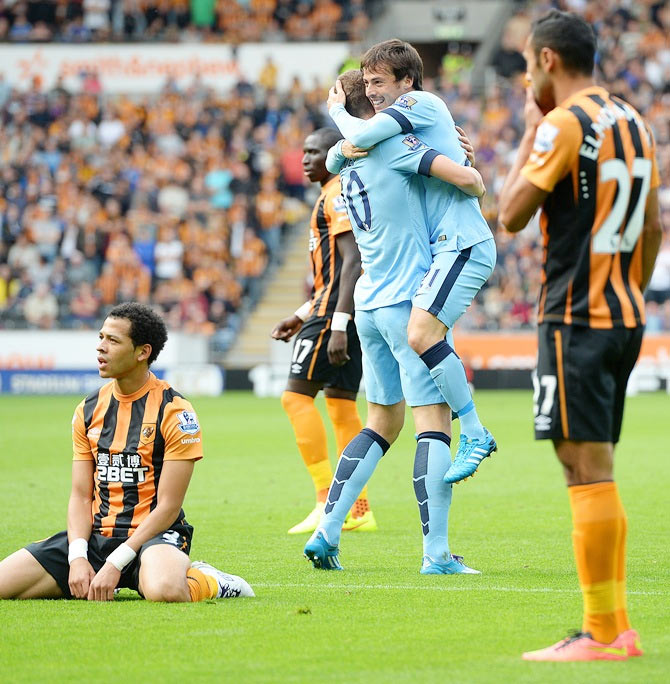 City also had problems at Hull having led 2-0 inside 10 minutes with goals from Sergio Aguero and Dzeko.

New signing Eliaquim Mangala scored an own goal and rashly conceded a penalty that was converted by Abel Hernandez as Hull made it 2-2 before Dzeko restored City's lead and Frank Lampard added a flourish late on after coming off the bench.

"We started very well. We were very unlucky with two individual mistakes through the game," manager Manuel Pellegrini said.

"It was very important to win three pints here because we cannot allow to drop any more points on Chelsea."