End of the political road for Satveer Chaudhary? 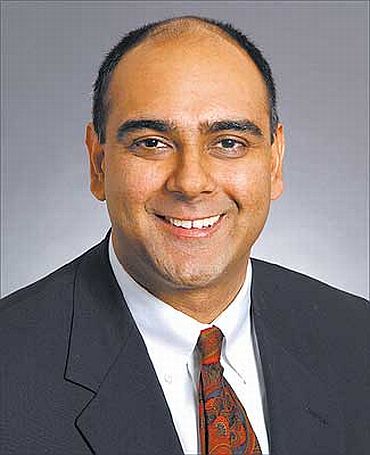 It was an ignominious defeat and perhaps the end of a political career of an Indian American state legislator who at one time held such promise that he was often touted as a future national politician either in the United States House of Representatives of US Senate, with some even arguing that he was gubernatorial material.

Satveer Chaudhary, 41, who in 1996, became the first Asian American to be elected to the Minnesota House of Representatives from District 52A and then four years later was elected to the State Senate from District 52 -- again creating history as the state's first Asian American Senator and also, at age 31, the youngest Senator in Minnesota history -- which he represented for a decade, lost in the primary on August 10 after being denied the endorsement of the Democrat Farmer Labour Party -- which he had always belonged to.

The DFL on June 28, withdrew its support for Chaudhary and instead endorsed Barb Goodwin, a former House member, who quite handily defeated Chaudhary in the primary and arguably signaled the death knell of his checkered political career that had become dogged by one controversy or another in the past few years.

The most recent that cost him the DFL endorsement was when he had apparently surreptitiously changed the language in a piece of legislation at the last minute, which was perceived to favour him in terms of a conflict of interest.

The change in the legislation language related to special regulations for fishing at a lake where Chaudhary owned a cabin.

The controversy was ignited when the Minnesota Senate Republicans sent a letter of inquiry regarding this apparent conflict of interest and while the Senate's Subcommittee on Ethical Conduct did not find in violation of the legislature's conflict of interest rules in advancing this legislation, however, admonished him for the manner in which he had introduced the bill.

In particular, members of the Senate took issue with Chaudhary's failure to introduce the Fish Lake Reservoir Proposal as a stand-alone bill and have it vetted by committees, as is the standard legislative process.

Chaudhary's fate was sealed when 32 local DFL officials of the 300 plus DFL caucus members who had initially endorsed him in March 2010, after all of the perceived conflict of interest controversy, voted to revoke their endorsement and instead awarded it to Goodwin who had earlier filed as a DFL candidate against Chaudhary.

His problems were compounded when on July 8, the Duluth News Tribune reported that the Chaudhary family owed the Internal Revenue Service $252,000 in past-due income taxes and that Chaudhary and his wife Dee had yet to completely pay $100,000 in income taxes in 2007 and $151,000 in 2008.

Earlier in 2002, he had been embroiled in the first of the controversies to dog him, when a complaint was filed with the Campaign Finance and Public Disclosure Board of Minnesota against the 'Friends of Satveer Chaudhary Committee' that alleged that the committee had failed to report some contributions and expenditures on the Senate Committee's Report of Receipts and Expenditures for 2000.

Even though charges against Chaudhary were dismissed, the board referred the matter to the Ramsay County Attorney that 'there is probable cause to believe that altered checks were delivered by then Representative Chaudhary to the Novak for Congress committee.'

It said, "Although altering checks may, under some circumstances, violate Minnesota law, such a violation would not be subject to the board's jurisdiction under Chapter 10 A."

In an interview with rediff.com, Chaudhary who had predicted that he would win the DFL's party primary despite the party's taking away his endorsement, said of his failure to prevail, "We put down a picture-perfect campaign and the fact of the matter is that our state's major paper -- the Star Tribune -- too a minor issue and turned it into Watergate, even though no one ever even filed a complaint against me."

"I don't think people were voting for my opponent as much as they were voting against the guy in the paper," he said. "And, I really don't have a lot of criticism for the media because really the media was not concentrating on this, except for the Star Tribune."

Chaudhary claimed, "What little media coverage there was, was very fair except for the Star Tribune, which ran a hit piece on me every week for the last two months -- just innuendo after innuendo -- and I think that had a cumulative effect."

"It just became a perfect storm of a variety of things," he added, and alleged that 'part of the local party effort was also to get back at me for endorsing a candidate for Governor -- a Democrat -- who did not have the official party endorsement, Mark Dayton. And, he won the primary."

But he reiterated that 'to be honest with you, we put on such a strong effort and the circumstances were so bizarre and the results so lop-sided that I just have to believe that God had a different plan for me.'

"I don't take it personally," he asserted. "I know that people did not vote against me. They voted against the guy in the paper, which I know to my core are two different people."

Asked if he felt betrayed by the party which he faithfully served for over 14 years since first being elected to the House from Fridley, where he grew up after being born in Minneapolis, and graduated from Columbia Heights High School, Chaudhary acknowledged, "It definitely didn't feel good. But I've stopped taking political actions personally. It's just something that was so extreme that I just couldn't think that anyone doing it was in their right mind."

"But you know, that's politics, that happens, and I did everything I could. I was completely true to myself and it just didn't work out my way this time."

Continuing to be philosophical, he said, "Many politicians have had bigger bumps in the road than what I've had and for me I always relish -- probably more -- in failure than I do in my victories because it is an opportunity to get better."

"So, I just think that it's a time for me to be grateful because I've been given 14 years of service in the legislature and I am very grateful for that time," he said.

Asked if his political career was over, he acknowledged as much, once again invoking God, by saying, "Who knows what the future will bring. I really believe that God has a plan for me in transitioning out of the legislature, and I am sure that there will be something new and exciting going for me."

"That's yet to be seen, but whatever I end up doing it will be fresh and exciting," he added.

Chaudhary said that what he would be doing immediately would be 'to write a lot of thank you notes to the wonderful supporters that I've had and spend a lot of time with my family that I've missed.' 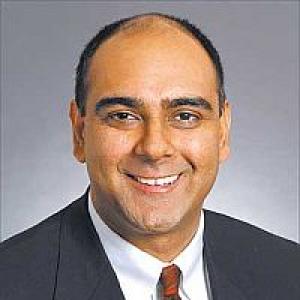 US Senate to vote on N-deal on Thursday