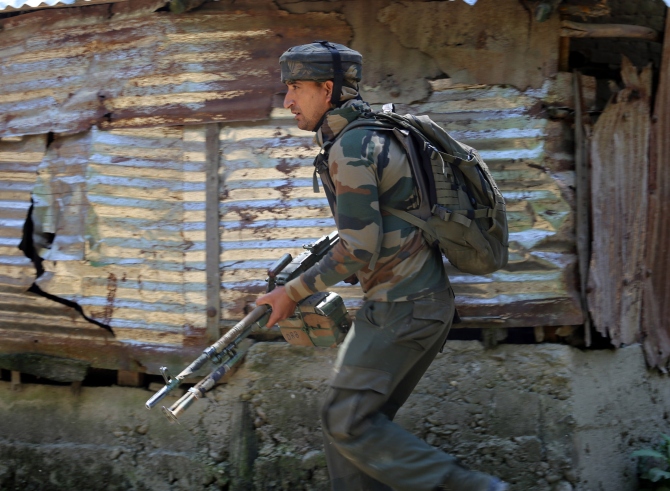 IMAGE: An army jawan moves towards the site during an encounter at Drugmulla area of north Kashmir in Kupwara. Photographs: Umar Ganie

A defence spokesman said two army jawans were also injured in the encounter which broke out after troops of counter insurgency Rashtriya Rifles and the police jointly surrounded Chak Dragmulla village nearly 85 kms from capital Srinagar on Saturday morning. 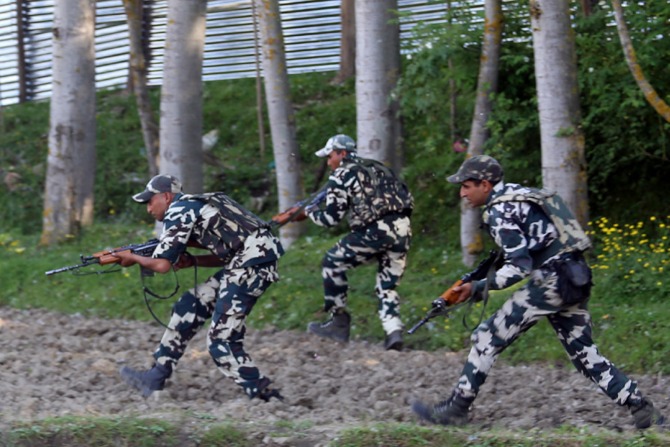 IMAGE: Security personnel take positions towards the site during the encounter.

A senior police officer told rediff.com that as the security forces were busy in searches, militants hiding in a house opened fire at them, triggering an encounter.

More reinforcements were rushed to the village. 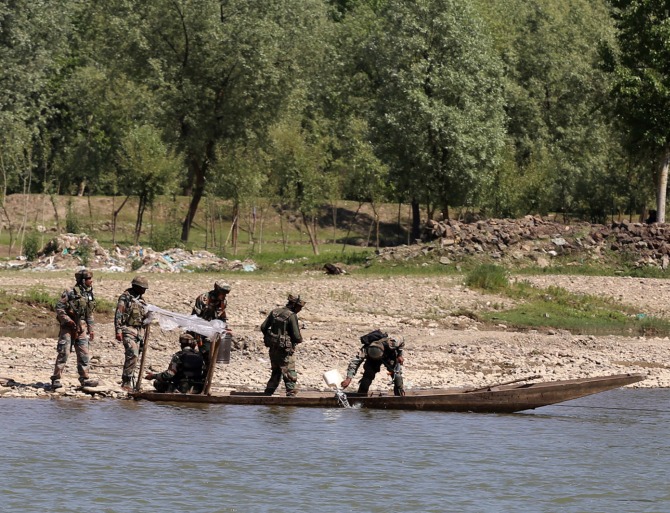 IMAGE: Army personnel move towards the site in a boat.

“Five militants were killed in the encounter,” the spokesman said. He said five AK-47 rifles were recovered from the slain militants.

“The operation is still in progress,” he added. Two soldiers injured in the gunfight were evacuated to hospital for treatment.

“Their condition is stable,” the spokesman added. 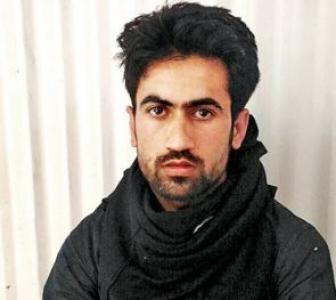 JeM terrorist caught in Kashmir, Aadhaar card recovered from him 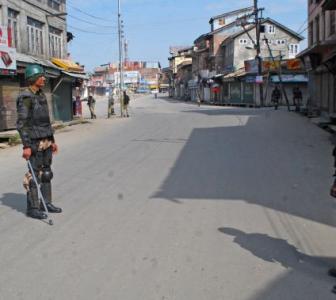 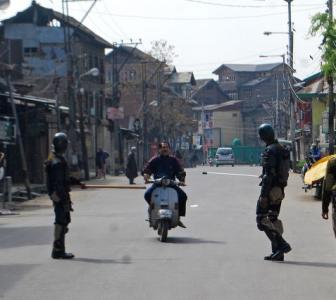 Life in most parts of Kashmir limping to normalcy, CM assures justice 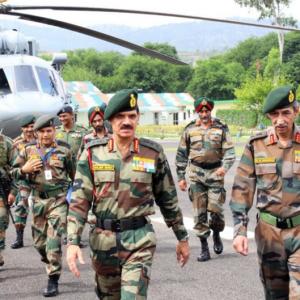