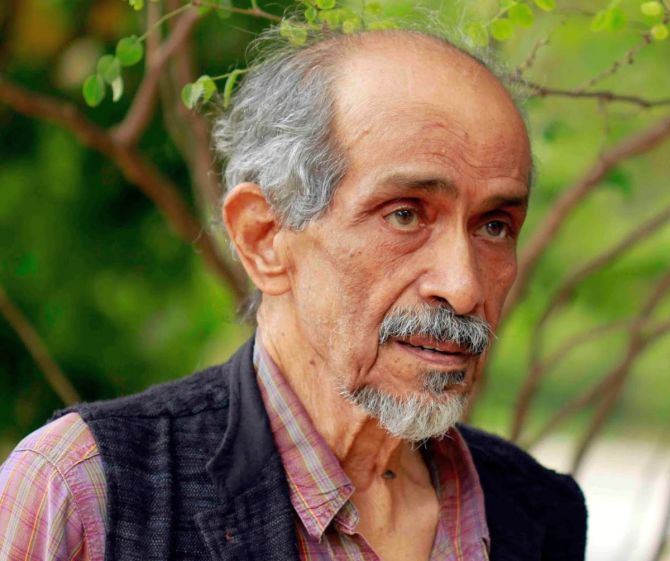 He was admitted to the hospital on December 8 after he suffered a brain haemorrhage.

The scientist, who served at the prestigious Indian Institute of Science (IISc), breathed his last at 8.30 pm, neurologist Dr Sunil V Furtado said.

"When he was brought to our hospital, he was in a very critical stage. There was bleeding inside his brain," Dr Furtado, neurosurgeon and senior consultant at the Ramaiah Memorial Hospital in the city, told PTI.

According to him, Narasimha had a heart-related ailment and suffered a brain stroke in 2018 as well.

"Demise of eminent aerospace scientist Shri Roddam Narasimha is huge loss to the world of science and technology. An authority in fluid dynamics, he was honoured with Padma Vibhushan and many other awards and recognitions. My condolences to his family and his associates," Kovind tweeted.

"Shri Roddam Narasimha personified the best of India's tradition of knowledge and enquiry. He was an outstanding scientist, passionate about leveraging the power of science and innovation for India's progress. Pained by his demise. Condolences to his family and friends. Om Shanti," Modi said in a tweet.

Born on July 20, 1933, Prof Narasimha made a mark in the field of aerospace and as a fluid dynamicist.

He also served as the director of the National Aerospace Laboratories from 1984 to 1993.

He was the chairperson of the Engineering Mechanics unit at the Jawaharlal Nehru Centre for Advanced Scientific Research in Bengaluru from 2000 to 2014.

Considering his contribution, the central government bestowed on him Padma Vibhushan, the second-highest civilian award of India, in 2013.

According to his family friends, Narasimha was in the league of the Missile Man of India and former president Dr A P J Abdul Kalam.

Dr Kalam and Prof Narasimha had together authored a book --Developments In Fluid Mechanics and Space Technology.

He was the student of Indian rocket scientist Prof Satish Dhawan.

His family members said the last rites will be performed on Tuesday.