Elections for 19 Rajya Sabha seats spread across eight states will be held on Friday with the contest in Gujarat, Madhya Pradesh and Rajasthan promising to be a close affair between the BJP and the Congress. 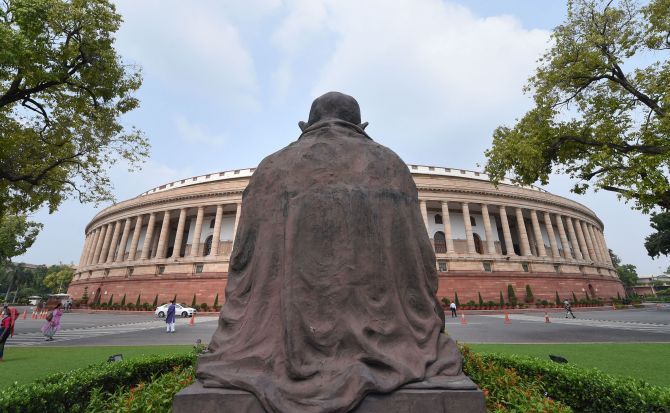 Voting for 18 seats were deferred due to the coronavirus pandemic. Later, the Election Commission announced polls for fours seats in Karnataka and one seat each in Mizoram and Arunachal Pradesh.

The election in Manipur is also likely to be interesting following the resignation of nine members of the ruling coalition and the opposition Congress pressing for a no-confidence motion against the N Biren Singh government. The BJP has fielded Leisemba Sanajaoba, the titular king of Manipur, while the Congress nominee is T Mangi Babu.

The counting of votes for all the 19 seats will be held on the evening of June 19 itself, the Election Commission said.

Legislators vote to elect candidates for the Upper House of Parliament.

The Election Commission has made elaborate arrangements for the voting keeping in mind the coronavirus pandemic. Every voter (MLA) will be screened for body temperature and will have use mask and adhere to social distancing norms. Legislators having a fever or showing other symptoms will be kept in a separate waiting room.

With many MLAs switching sides, the past few months have seen parties indulging in 'resort politics' to keep their flock together. Several MLAs have been lodged in resorts to stop them from "poaching" by rival factions.

In Gujarat, the contest is likely to go down to the wire as both the ruling BJP and the opposition Congress do not have absolute numbers in the assembly to get all their candidates win on their own.

The BJP has fielded three candidates -- Abhay Bharadwaj, Ramila Bara and Narhari Amin -- for the four seats, while the Congress, which has seen desertions in its legislative ranks, has given tickets to two nominees Shaktisinh Gohil and Bharatsinh Solanki.

The BJP, with its current numbers in the 182-member assembly, can win two seats, while the Congress on the basis of its House strength can bag one. A tough fight is expected for the fourth seat.

Notwithstanding their respective numbers, both the parties have expressed hope that all their candidates will sail through.

Considering that the effective strength of the assembly is reduced to 172, a candidate will require support of minimum 35 MLAs to win, as per the RS election standard formula. Ten assembly seats are currently vacant -- eight due to resignations of Congress MLAs and two due to court cases.

With 65 MLAs and one independent (Jignesh Mewani) supporting its candidates, the Congress will still need the backing of four more MLAs to win both the seats. While the BJP's House strength is 103, it will require support of 105 MLAs to win the three seats.

The faith of the fourth seat will be decided by the two Bharatiya Tribal Party MLAs and one of the Nationalist Congress Party.

Both the BJP and the Congress have fielded two candidates each for the three seats in Madhya Pradesh. While the BJP's candidates are former Congress MP Jyotiraditya Scindia and Sumer Singh Solanki, the Congress has named Digvijaya Singh and Dalit leader Phool Singh Baraiya.

In the 230-member assembly, the BJP currently has 107 MLAs and also enjoys the support of two legislators of the Bahujan Samaj Party, one of the Samajwadi Party and two Independents, while the opposition Congress has 92 MLAs.

Currently, the effective strength of the House is 206, as 24 seats are lying vacant.

While the BJP is expected to win two seats and the Congress one seat, the fight will be for the fourth slot.

In Rajasthan, both the ruling Congress and opposition BJP have lodged their legislators in different hotels after accusing each other of poaching MLAs.

For the three seats up for grabs, four candidates (two from Congress and as many from BJP) have filed nomination papers. The Congress has nominated K C Venugopal and Neeraj Dangi, while the BJP has fielded Rajendra Gehlot and Onkar Singh Lakhawat.

In the house of 200, the Congress has 107 MLAs and has the support of independent MLAs and legislators of other parties like Rashtriya Lok Dal, CPI-M and BTP.

The ruling party has more than enough majority to win two seats and the opposition BJP, which has 72 MLAs and support of three Rashtriya Loktantrik Party MLAs, has the numbers to comfortably win one seat.

Fifty-one votes are needed for one candidate to win and the Congress is in a comfortable position to ensure the victory of both of its candidates, while BJP's only one candidate can win as per the numbers.

In Andhra Pradesh, the ruling YSR Congress is poised to win all the four seats given its formidable strength in the state assembly. This is the first time that an election is being conducted for Rajya Sabha seats from the state, post-bifurcation in 2014.

With a strength of 151 in the 175-member assembly and the support of four "rebel" legislators of TDP and Jana Sena, the YSRC is comfortably placed to win all four. Minimum 36 votes are required for a candidate to win from Andhra Pradesh.

The TDP, with just 20 out of 23 MLAs remaining on its side, stands no chance whatsoever to win the lone seat it is contesting.

Originally the elections were to take place on March 26 for 55 Upper House seats, but 37 candidates have already been elected without a contest. The EC had deferred the March 26 Rajya Sabha elections citing the threat of the novel coronavirus.

The ruling Meghalaya Democratic Alliance in Meghalaya has fielded W R Kharlukhi for the lone seat and he will be up against Kennedy Khyriem of the Congress.

The MDA has the support of 41 MLAs in the House while the Congress has 19 legislators in the 60-member House. Khun Hynniewtrep National Awakening Movement legislator Adelbert Nongrum who supports thee MDA has decided to abstain from voting.

The election to Mizoram's lone seat is likely to witness a triangular contest. The ruling Mizo National Front has fielded the party's national core committee member K Kanlalvena, while the Zoram People's Movement and the Congress nominated B Lalchhanzova and Lallianchhunga respectively.

In the 40-member Mizoram Assembly, the MNF has 27 members, ZPM seven, Congress five and the BJP has one MLA. 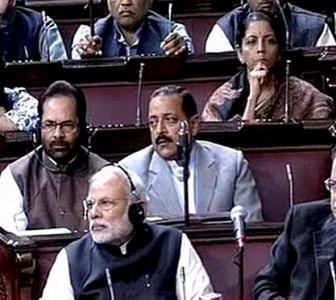 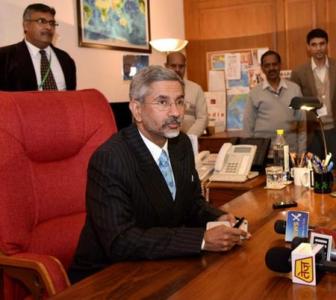 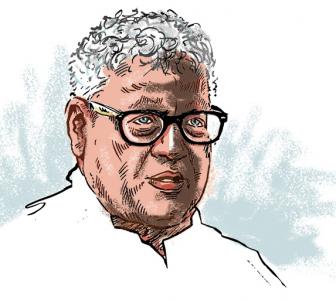 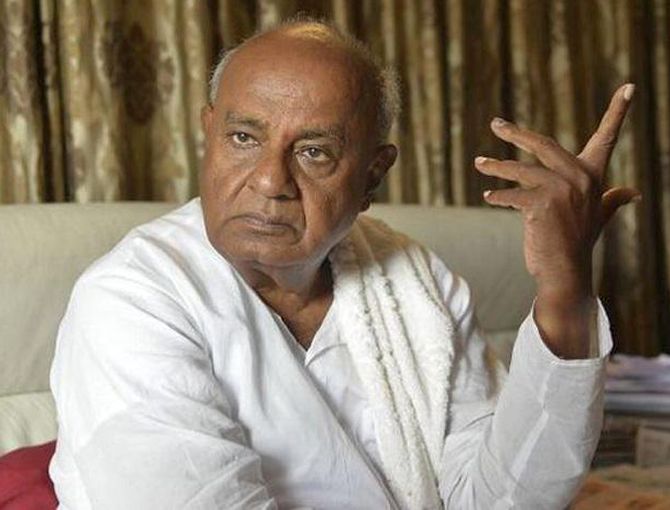