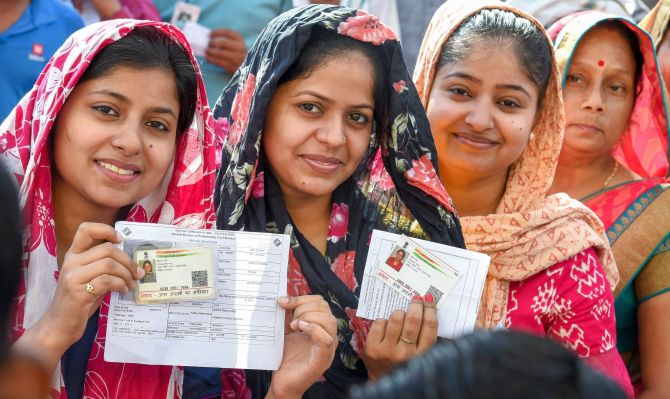 The election to Vellore Lok Sabha constituency, which was countermanded due to excess use of money power, will now be held on August 5, the Election Commission announced on Thursday.

It said the election to Patkura assembly seat in Odisha will be held on July 20. The election was postponed there twice -- first in the wake of demise of the Biju Janata Dal candidate and later due to cyclone Fani.

Counting of votes in Patkura will take place on July 24, the EC said.

Polling for Vellore Lok Sabha seat was scheduled for April 18, along with the other constituencies of Tamil Nadu, but was cancelled on April 16 following the recovery of a huge amount of cash allegedly from an associate of a Dravida Munnetra Kazhagam leader.

A government notification rescinding the polls had said the EC was 'fully satisfied that the current electoral process in Vellore has been seriously vitiated on account of unlawful activities of certain candidates and some workers of the political party'.

It had added that in the considered opinion of the EC, going ahead with the poll process in Vellore in such a vitiated atmosphere would 'severely jeopardise the conduct of a free-and-fair election'.

The notification for the August 5 election will be issued on July 11. The nomination process will begin the same day and the last date for filing papers is July 18.

The last date for withdrawing from the electoral battle is July 22 and the counting of votes will be taken up on August 9.

This was perhaps the first time that the election to a Lok Sabha constituency was cancelled over use of money power.

The bypoll to the RK Nagar Assembly seat in Tamil Nadu was cancelled in April, 2017 following a similar seizure of huge amount of cash allegedly meant for bribing voters.

Once the results are announced, the Lok Sabha will have its full strength of 543 elected members.

There is a provision to nominate two members from the Anglo-Indian community.