In a hate crime, an elderly Sikh-American man was brutally assaulted and left with severe facial injuries by an assailant who yelled racial slurs like “terrorist” and “Bin Laden”, just before the United States commemorates the anniversary of the 9/11 attacks.

Inderjit Singh Mukker of Chicago was assaulted on September 8 when the assailant pulled up to his car yelling racial slurs, including, “Terrorist, go back to your country, Bin Laden!”

Advocacy group The Sikh Coalition said it spoke with Darien Police Chief Ernest Brown and were informed that authorities are investigating the case as a hate crime.

NBC news cited police sources as saying that no charges have been filed in the attack and that the suspect is at a local hospital in the Chicago suburb of Darien for an unknown reason.

Mukker, a US citizen and father of two, was on his way to a grocery store and was repeatedly cut off by the assailant driving a car. Mukker pulled over to the side of the road to let him pass, but the driver instead pulled in front of his car and aggressively approached Mukker'’s vehicle, according to information by advocacy group The Sikh Coalition.

The assailant then reached into the car and repeatedly punched Mukker in the face, causing him to lose consciousness, bleed profusely and suffer a fractured cheekbone and a laceration to his cheek. He was rushed to the hospital, where he received six stitches, treatment for lacerations, bruising and swelling. The suspect was taken into custody.

“No American should be afraid to practice their faith in our country,” Mukker said.

“I’m thankful for the swift response of authorities to apprehend the individual, but without this being fully investigated as a hate crime, we risk ignoring the horrific pattern of intolerance, abuse and violence that Sikhs and other minority communities in this country continue to face.”

The Sikh Coalition’s Legal Director Harsimran Kaur said the group believes that Mukker was “targeted and assaulted” because of his Sikh religious appearance, race or national origin.

“We request an immediate investigation and call on local and federal agencies to investigate this attack as a hate crime,” Kaur said.

Sikh Coalition said the attack, on the eve of the 9/11 anniversary, is just the latest in a line of violent attacks on Sikhs in America.

Last August, Sandeep Singh, a Sikh father in New York City, was run over after being called a “terrorist”.

In 2012, a gunman walked into a Gurudwara and shot and killed six innocent Sikh worshippers in Oak Creek, Wisconsin. 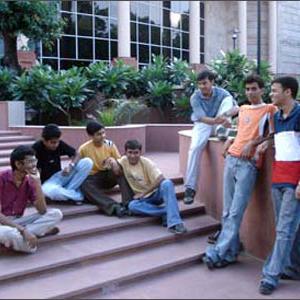 IIT-Roorkee looks for collaborations in Houston