Elated with victory, Patel says Congress will win Gujarat too 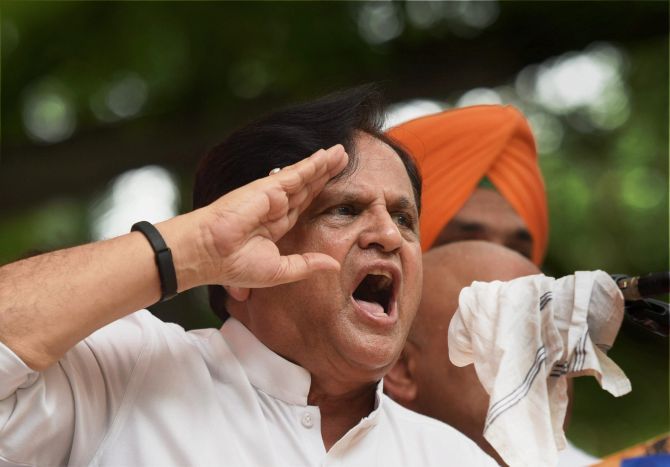 Upbeat after his victory in the Rajya Sabha poll, senior Congress leader Ahmed Patel on Thursday said it was the Bharatiya Janata Party which made the contest a prestige issue and exuded confidence that his party would win Gujarat assembly election due later this year.

Patel, who won the Upper House seat from Gujarat in an election that went down to the wire, said the victory had enthused the Congress and filled the cadre with new energy.

"I am sure we will also win Gujarat. The BJP made it a prestige issue, it is their loss," Patel, who is usually reticent, told reporters at a protest rally at the Jantar Mantar organised by the Youth Congress.

The Congress has been out of power in Gujarat since 1995.

In the run-up to the Rajya Sabha election, the Congress accused the BJP governments in Gujarat and at the centre of pressuring its MLAs by using the state machinery.

It also herded its MLAs to a resort in Bengaluru.

The income tax department had raided a Karnataka Congress minister, prompting the party to accuse the Centre of 'terrorising' its MLAs.

Patel, a Congress heavyweight and political secretary to Congress President Sonia Gandhi, claimed the BJP offered its MLAs Rs 15 crore to change sides, but everyone rejected it.

He said the youth should now give a call against the BJP to 'quit the seat of power' (gaddi chodo).

"They promised two crore jobs every year and 50 per cent more profit to farmers than what they spend on their yield. They promised to bring down inflation and corruption. But they failed on every front," Patel said.

Congress workers led by Youth Congress President Amrinder Singh Raja marched towards Parliament, but were detained by the police.

Vaghela, who revolted against the Congress last month, claimed party leaders drew up the plan to ensure Patel's victory a day ahead of the voting on August 8.

"It was a conspiracy by the Congress (leaders) to win the election. Otherwise, their candidate would never have won. Their leaders planned everything in advance. They had prepared the documents to support their objection a day before the poll and challenged the voting as per that plan," Vaghela told reporters in Gandhinagar.

He was referring to the votes of rebel Congress MLAs Raghavjee Patel and Bholbhai Gohel, which were invalidated after Congress' polling agent Shaktisinh Gohil lodged a complaint with the EC.

"The polling agent of the Congress intimidated these MLAs as part of the conspiracy. I think that the EC has no right to intervene during the counting of votes, as only the returning officer can take such a call," he said.

"The EC must apply its mind and watch the video footage to get the clarity (on the matter)," he said, adding the panel's decision will be challenged in the Supreme Court. 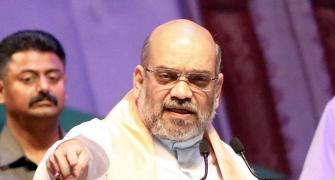 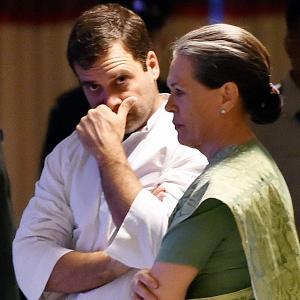