Eight workers were killed and 50 others were injured on Wednesday in a massive fire triggered by a blast in the boiler of a chemical factory at Dahej in Gujarat's Bharuch district, police said.

The death toll may rise further as some of the injured workers are in a serious condition, according to police.

As companies of methanol and xylene chemicals are located near the affected factory, authorities have shifted about 4,800 people from nearby Luvara and Lakhigam villages to safer places as a precautionary measure.

About 230 workers were present inside the factory, Yashaswi Rasayan, located in Dahej Special Economic Zone-1, 42 km from Bharuch, at the time of the incident in afternoon, they said.

While six charred bodies were recovered from the factory after the fire was doused, two more workers died at separate hospitals in Bharuch, he said.

"32 injured workers are admitted in various hospitals in Bharuch and nearby areas," he said, adding that the death toll may go up as some of the workers are in a serious condition.

About 18-20 workers were given a primary aid, local officials said.

It took about six hours for eleven fire tenders to bring the massive blaze under control, officials said.

He said factories need to undergo complete safety audit as there have been rising cases of industrial accidents in Gujarat.

'There has been a rise in industrial accidents in Bharuch district today and people lost their lives. 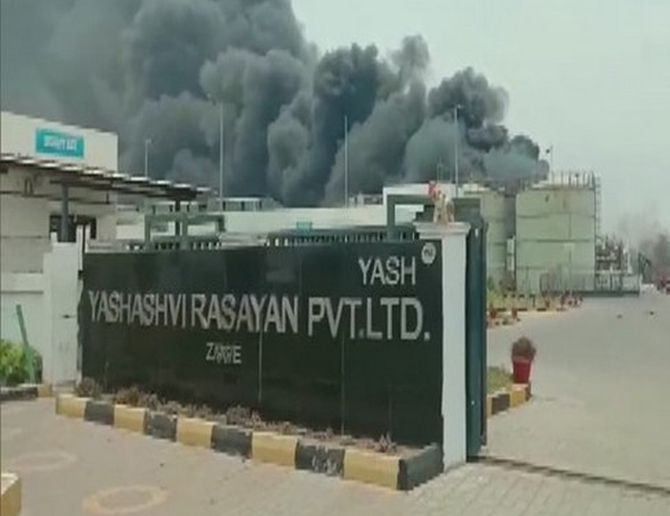