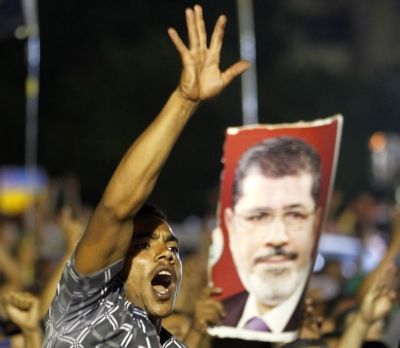 Egypt is bracing itself for mass protests by members of an Islamist coalition-led by Muslim Brotherhood after the Friday prayers in support of deposed President Mohamed Morsi.

The protests, raising fears of an escalation in violence in the most populous Arab country, comes as army continue to hunt the top Brotherhood leaders after toppling Egypt's first democratically elected but controversial president.

In a statement, the National Alliance in Support of Electoral Legitimacy asked its supporters "to mobilise in peaceful mass marches in all liberty squares and streets of Egypt, to be started from all mosques, after Friday prayers, to reject the heinous coup against popular will." The coalition "affirmed its full and categorical rejection of the military coup -- against the president, the constitution and democratic legitimacy -- and all consequent actions and effects," the statement said.

Sixty-one-year-old Morsi was toppled by the powerful military on Wednesday and kept under detention along with some senior aides of his Muslim Brotherhood party. The group held the army responsible for the safety of Morsi.

Meanwhile, the army called for reconciliations, saying it will not allow acts of revenge between rival factions. In a statement, the armed forces warned against "falling into an endless circle of revenge," saying it was keen to avoid any extraordinary or arbitrary measures against any faction or political movement, Al-Arabia reported.

"Peaceful protest and freedom of expression are rights guaranteed to everyone," according to the army's statement. However, it warned that "excessive use of this right without reason could carry some negative implications, including blocking roads, delaying public benefits and destroying institutions, posing a threat to social peace, the national interest and damaging the security and economy."

Soon after Morsi's ouster, a number of Islamist-linked television stations were taken off air and top Brotherhood leaders, including its supreme leader Mohammed Badie and former chairman Mahdi Aakef, were arrested.

Police are seeking another 300 members of the Muslim Brotherhood, the state-run newspaper Al-Ahram reported. Meanwhile, newly sworn-in interim leader Adly Mansour made an attempt to heal the relationship with the Brotherhood, saying "the Muslim Brotherhood are part of this people and are invited to participate in building the nation as nobody will be excluded."

Image: A member of the Muslim Brotherhood and supporter of ousted Egyptian President Mohamed Mursi shouts slogans at the Raba El-Adwyia mosque square in Cairo 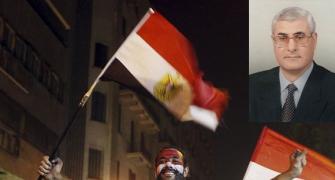 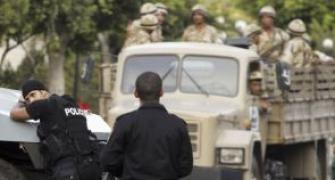 Egypt's Interim Prez sworn in amid crackdown on Brotherhood 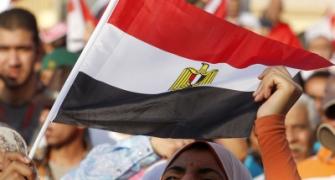 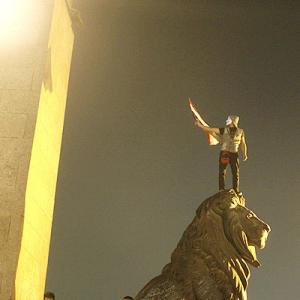