ED's Rajeshwar Singh to retire; may contest UP polls on BJP ticket

ED officer Rajeshwar Singh has applied for retirement from government service and is expected to join the BJP and contest the forthcoming Uttar Pradesh Assembly polls, official sources said on Friday. 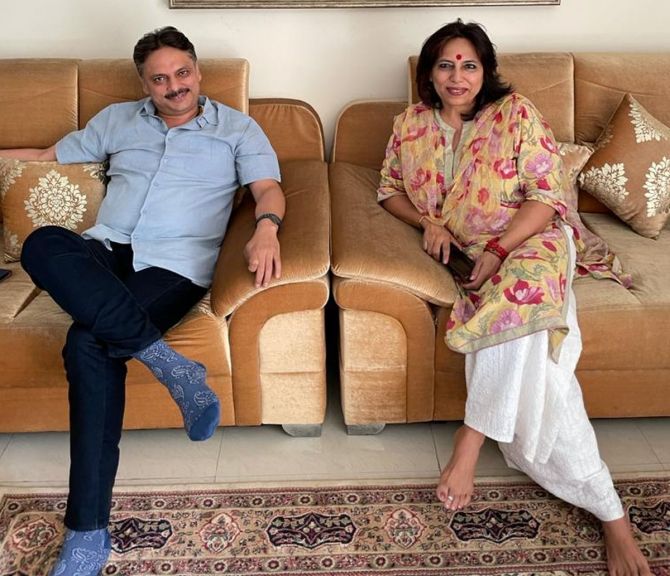 Singh is currently posted as the joint director of the Enforcement Directorate (ED) at its zonal office in Lucknow.

A BTech and PhD in police, human rights and social justice, Singh joined the federal anti-money laundering investigations agency in 2009 on deputation from Uttar Pradesh where he was serving as a state police service officer.

Sources told PTI that Singh has applied for retirement from government service. They said there are chances he may join the Bhartiya Janta Party (BJP) in Uttar Pradesh and also contest the assembly polls in the central Indian state expected to be held early next year.

The application is yet to be accepted, they added.

His sister Abha Singh, a lawyer based in Mumbai, also posted a message on her Twitter handle with a photograph of her and Singh stating: "Congratulations to my brother #RajeshwarSingh of the #ED for opting for early retirement to serve the country. Nation needs you."

Singh, who hails from Sultanpur in Uttar Pradesh, was permanently absorbed into the ED cadre in 2015.

He also headed the headquarters investigation unit (HIU) of the ED located in the national capital that probes sensitive money laundering and foreign exchange violation cases including those with political links.

Meanwhile, the officer has had his share of controversies.

In June, 2018 the Union finance ministry had submitted a secret report to the Supreme Court apparently carrying details of a phone call received by Singh from Dubai.

The report is said to have been prepared by country's external intelligence agency Research and Analysis Wing (R&AW) and handed over to the Department of Revenue in the finance mnistry, under which the ED functions.

The then ED Director Karnal Singh had issued a press statement, saying the said overseas call received by Singh pertained to an "ongoing investigation" and he was a responsible officer with outstanding career records.

The government had subsequently launched an investigation against Singh for writing a letter in which he had made a scathing attack on the then revenue secretary Hasmukh Adhia questioning him if he has developed animosity against him by "siding with scamsters and their affiliates"?

Singh was subsequently issued a notice seeking an explanation for alleged "insubordination" in context of this letter by the revenue department, to which he had replied with "regret" and explained his side of the story.

That letter, sources had said, was sent through "official channels" to the agency's chief (Karnal Singh) but it was never forwarded to Adhia.

Accusations of certain other alleged irregularities made against Singh were probed by the ED, CBI and CVC, and a report was sent to the court and the government stating that there was "no merit" in the allegations and hence the enquiry was closed.

Singh, who carried out numerous encounters during his stint in the uniform, is married to IPS officer Laxmi Singh who is currently serving as the Inspector General of Lucknow range.

Source: PTI© Copyright 2021 PTI. All rights reserved. Republication or redistribution of PTI content, including by framing or similar means, is expressly prohibited without the prior written consent.
Print this article
2G: ED officer moves SC; claims intimidation by scribes 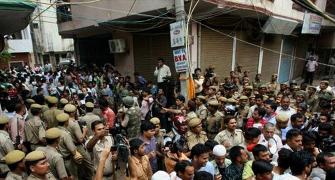 The strange case of the 2G investigator & scribe 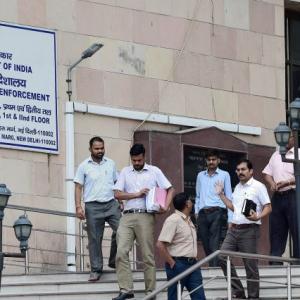