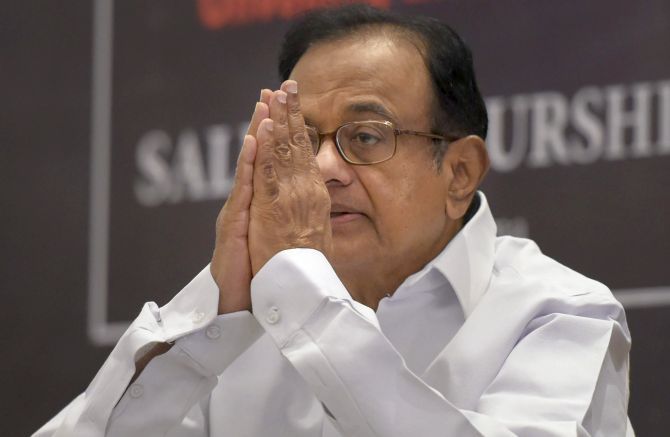 The Enforcement Directorate has summoned former finance minister P Chidambaram in connection with its money-laundering probe in an alleged aviation scam during the United Progressive Alliance dispensation, officials said on Monday.

They said the senior Congress leader has been asked to depose on August 23 before the investigating officer of the case at an ED office in New Delhi to record his statement.

They said the senior Congress leader has been asked to depose before the investigating officer of the case on August 23 at an ED office here to record his statement.

The cases in which he would be grilled pertain to losses suffered by Air India due to an alleged multi-crore aviation scam and irregularities in fixing air slots for international airlines.

He is also expected to be put through questions related to the purchase of 111 aircraft, costing about Rs 70,000 crore, for the national airlines.

The Comptroller and Auditor General had in 2011 questioned the rationale behind the government's decision to order 111 airplanes -- 48 from Airbus and 68 from Boeing -- for AI and Indian Airlines for about Rs 70,000 crore in 2006.

Former aviation minister Praful Patel was previously grilled by the ED and it is understood that the agency now wants to question Chidambaram on their leads in this case.

They said Chidambaram was heading an empowered Group of Ministers for these deals and hence it is important to talk to him to know the decision-making process undertaken by the government.

The Congress leader is also being probed by ED in two separate money-laundering cases of Aircel-Maxis and INX Media and has been questioned in these cases multiple times in the past.

Chidambaram had earlier described the ED action in the Aircel-Maxis case as a 'crazy mixture of falsehoods and conjectures'.