EC slams TMC, says its letter is full of insinuations

The Election Commission on Thursday said it is "rather unfortunate" that the Trinamool Congress memorandum to it on the injuries sustained by West Bengal Chief Minister Mamata Banerjee is full of insinuations and averments and questions the very basis of its creation and functioning. 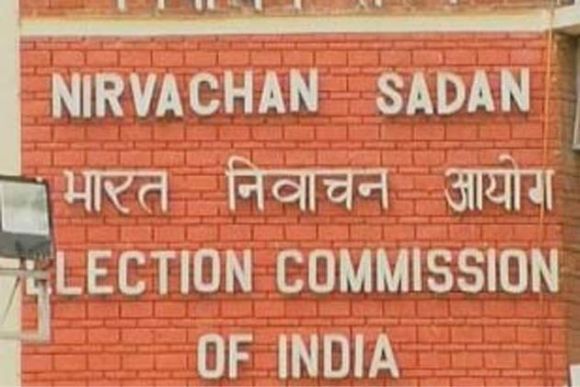 The Trinamool Congress on Thursday slammed the Election Commission for failing to provide security to Banerjee who was injured during election campaign in Nandigram, and said the poll panel cannot shun responsibility as it is in charge of the law and order situation in the poll-bound state.

Accusing the EC of acting "as per orders" of Bharatiya Janata Party leaders, a TMC delegation after meeting EC officials in Kolkata alleged that the "Election Commission did nothing despite there being reports of a possible attack on Banerjee".

In a letter to the TMC, the EC said at the outset, it needs to be stated that injuries sustained by Banerjee on Wednesday evening in Nandigram is "indeed an unfortunate incident and deserves to be inquired into with promptitude and dispatch."

"Having said that it is rather unfortunate that the memorandum in question is full of insinuations and averments, which in fact questions the very basis of creation and functioning of the Election Commission," the poll panel said.

It reminded the TMC that Article 324 of the Constitution of India gives the EC the power of superintendence, direction and control of elections.

"It is completely incorrect to suggest that the Commission has taken over the law and order machinery in the state in the name of conducting elections and appropriated the whole governance structure," the EC said.

This is virtually tantamount to undermining the very foundation and fabric of the Constitution of India, the most sacrosanct document in any democratic polity, the poll panel said.

The Commission does not appropriate or take over the day-to-day governance of any state including West Bengal which keeps on functioning, it noted.

"It looks undignified even to respond to the allegations of all this being done on the behest of a particular political party, etc," it said.

On Wednesday when the Commission became aware of the unfortunate incident from the electronic media, report was immediately sought from the chief secretary of West Bengal and from both the Special Observers, at present in West Bengal, within 48 hours, it pointed out.

"Till such time the reports are available to the Commission it will not be possible to draw any empirical conclusion let alone start linking it to the removal of earlier DGP Virendra.... Similarly, ADG (Law & Order) was also changed after considered application of mind by the Special Observers. When the elections have already been announced, it is not legally necessary or mandatory to consult the state government because these are normally temporary measures for the period of elections," it said.

DGP Virendra, the EC said, was not removed summarily and without any application of mind.

"It was the outcome of the recommendation given by Special Observers Ajay Nayak and Vivek Dube," it underlined.

There is no point in further commenting on the repeated insinuations that all this is being done at the behest of any other party, the EC letter said.

The Election Commission on Tuesday ordered removal of Virendra as the Director General of Police of poll-bound West Bengal with immediate effect, and appointed P Nirajnayan in his place.

The Commission said it will await the report of the chief secretary as well as the Special Observers and share the contents with all stakeholders, including the Government of West Bengal.

“The life and security of person of CM and Home Minister, West Bengal needs to be duly protected by all tasked with the maintenance of law and order machinery of West Bengal," it said.

Banerjee alleged on Wednesday that she suffered injuries in her left leg after being attacked by "four-five men" in Nandigram during election campaign. 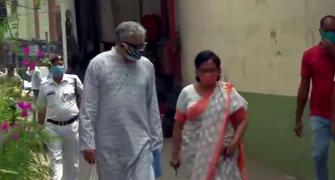 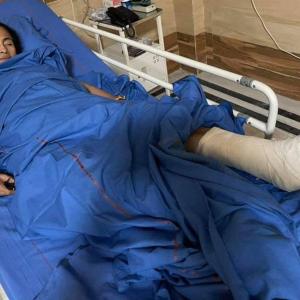