At least 2.7 crore votes out of the over 4 crore votes polled in the Bihar assembly elections have been counted till 5.30 pm, the Election Commission said on Tuesday. 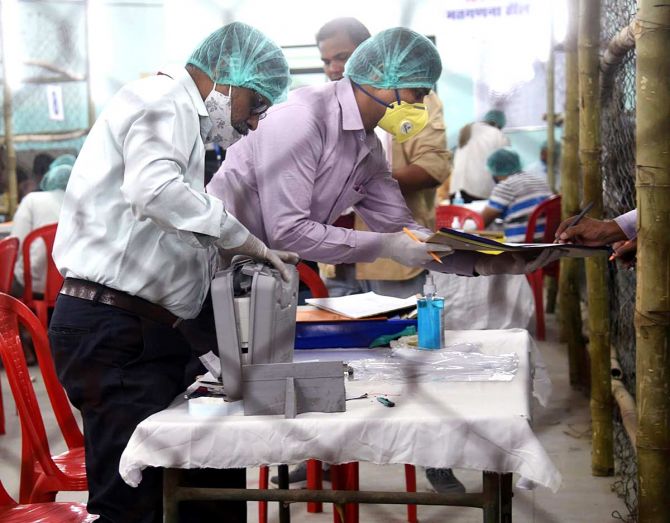 Deputy Election Commissioner in charge of Bihar Chandra Bhushan Kumar said two-third or 2.7 crore votes of the total over 4 crore polled in electronic voting machines in the three-phase polls have been counted till 5.30 pm.

They also rejected allegations that counting of postal ballots was stopped midway was found to be "untrue". They said at no location, counting was stopped.

Earlier in the day the Commission had said that counting of votes for the Bihar assembly elections will take longer than usual and continue till late in the night because of 63 per cent increase in the number of EVMs.

To ensure social distancing norms put in place due to the COVID-19 pandemic, the commission had increased the number of polling stations from nearly 65,000 in the 2015 assembly polls to 1.06 lakh. This meant an increase in the number of electronic voting machines as well.

Responding to a question, Kumar said the number of EVMs deployed have increased. Also the number of postal ballots have used. The Commission has taken steps keeping in mind these.