Britain's Kate Middleton, the wife of Prince William, has been forced into self-isolation for 10 days after coming in contact with someone who later tested positive for COVID-19, Kensington Palace said on Monday. Catherine, the Duchess of Cambridge, who was to join her husband Duke of Cambridge at a series of events to celebrate the 73rd anniversary of the National Health Service, had to withdraw from all public events after the development on Friday. Kensington Palace said the Duchess "came into contact with someone who has subsequently tested positive".

“Her Royal Highness is not experiencing any symptoms, but is following all relevant government guidelines and is self-isolating at home," a Kensington Palace spokesperson said.

Kate's last public event was a visit to Wimbledon on Friday in her role as patron of the All England Lawn Tennis Club and a keen tennis fan. On Friday, she toured the sporting venue to meet staff in the museum, Centre Court kitchen and sitting with former England tennis star Tim Henman to watch Jamie Murray play in the doubles game.

She began self-isolating on Friday after being alerted that afternoon that she had come into contact with someone who later tested positive, but it is not known if the NHS app made her aware. The tennis fan is now likely to miss the men's and women's Wimbledon final at the weekend.

According to UK media reports, the 39-year-old, who has received both of her COVID vaccine doses, follows the royal household testing regime and takes lateral flow tests twice a week.

She had been due to attend a service at St Paul's Cathedral in London to celebrate the 73rd anniversary of the NHS, which will now be attended by Prince William. The couple were also to host a Big Tea event at Buckingham Palace, which William is set to cover solo.

Prince William contracted COVID-19 last year in April and was able to carry on with telephone and online engagements while he was treated by royal doctors. His father, the Prince of Wales, also tested positive for COVID-19 around the same time last year with mild symptoms. 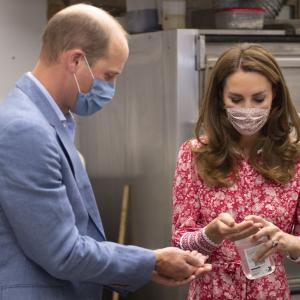 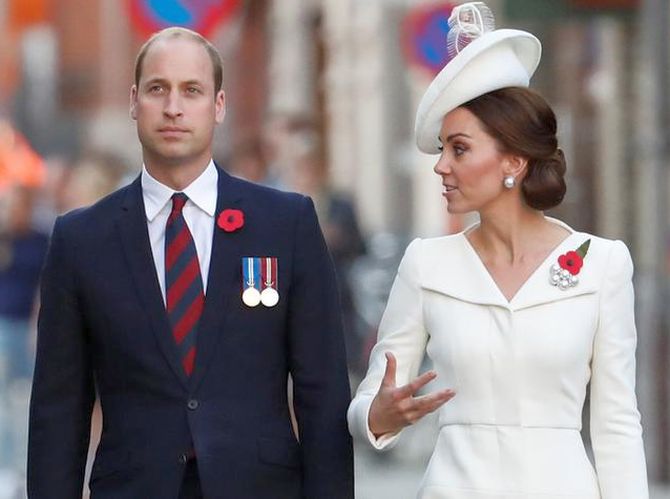