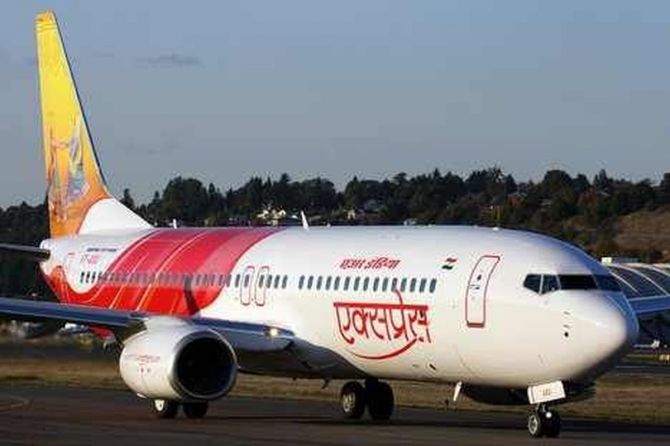 As per the United Arab Emirates government rules, each passenger travelling from India is required to bring an original COVID-negative certificate from the RT-PCR test done 96 hours prior to the journey.

"A passenger, who had a COVID-positive certificate dated September 2, travelled on Air India Express' Jaipur-Dubai flight on September 4. A similar incident had happened with a passenger on one of the airline's other Dubai flights previously," said one of the government officials.

Last month, Air India passenger flights were barred from landing in Hong Kong between August 18 and August 31 after 14 passengers on its Delhi-Hong Kong flight of August 14 tested positive for COVID-19 post arrival.

A passenger from India can arrive in Hong Kong only if he or she has a COVID-19 negative certificate from a test done 72 hours prior to the journey, according to the rules issued by the Hong Kong government in July.

Air India Express is a subsidiary of Air India.

Both the incidents of passengers flying with COVID-positive certificates to Dubai from India on Air India Express flights happened during the last couple of weeks, the government officials noted.

In a statement later during the day, Air India Express confirmed it had received a "notice of suspension" from the DCAA on September 17 to suspend its Dubai flights from September 18 to October 2.

"The notice has been issued on account of erroneous acceptance of one COVID positive passenger by the airline's ground handling agents at Delhi and Jaipur on Air India Express flights to Dubai on Aug and 4th Sept, respectively," the airline noted.

It said the ground handling agencies have taken appropriate punitive action against their employees who have been held accountable for the lapses at Delhi and Jaipur.

Air India Express' ground handling at the Jaipur airport is done by Air India Air Transport Services Limited, which is a subsidiary of the national carrier Air India.

"As per information gathered, passengers who were seated in close proximity to the COVID positive assenger on each flight had undergone COVID test/quarantined as determined by the Dubai Health authority," Air India Express said in its statement.

The airline stated it has again told its "handling agencies in India" to strictly adhere to the regulations when it comes to "acceptance" of passengers on flights.

As an "abundant precaution", the carrier said it has advised its handling agents to implement a "three-tier checking mechanism" to avoid any such lapse in future.

The airline said it has introduced additional flights to Sharjah to accommodate the passengers affected by the suspension of its Dubai flights.

"The affected passengers who have booked to fly to Dubai are also being given the option to rebook to a future date," the carrier mentioned.

Scheduled international flights have been suspended in India since March 23 due to the coronavirus-triggered lockdown.

However, special international passenger flights have been operating in India under Vande Bharat Mission since May and under bilateral air bubble arrangements formed between India and other countries since July.

The United Arab Emirates is one of the 10 countries with which India has established a bilateral air bubble pact. In such a pact, airlines of both the countries can operate international passenger flights with certain restrictions.