Don't speak out of turn, Cong tells its leaders

The Congress has issued a directive to its leaders not to speak out of turn, in an apparent snub to party general secretary Digvijay Singh, but the party on Wednesday said it was done for the sake of discipline.

"Restrict yourself to your area of responsibility and do not speak out of turn," says the directive issued by party general secretary Janardhan Dwivedi, who is also chairman of the party's media department.

Dwivedi's written directive comes on the heels of Singh's claims in interviews to the media that his controversial article in a newspaper criticising Home Minister P Chidambaram's handling of the Maoist problem reflected the party's policy.

However, responding to a volley of questions at the Congress press briefing on the reasons for issuing the directive, party spokesman Manish Tewari said, "Democracy does not mean anarchy. It has to be juxtaposed with a certain sense of discipline."

Asked why the Congress was trying to muzzle the voice of its leaders despite claiming to be a democratic party, he said,"Every organisation functions in a particular manner. If a circular has been issued, reminding them (leaders and workers) that they have specific responsibility, I do not think it is out of place."

The spokesman dismissed the suggestion that the directive was aimed at Digvijay Singh who has been critical of the government on a host of issues ranging from the Batla House encounter to the tackling of the Maoist problem.

"No organisational circular is ever person specific," Tewari said.

When Singh had written the article some two months ago, the AICC had distanced itself from his views with Dwivedi asking partymen to refrain from airing opinions publicly on issues which were not part of their responsibility.

The verbal directive has now been formally put on paper and has been issued to partymen at various levels including AICC office bearers, CWC members, heads of AICC departments and officials of the frontal organisations.

On his criticism of the Union home minister's approach on the Maoist issue, Singh had claimed two days ago, "I feel I did the right thing. What I have written, I stand by that and this is as per Congress' policies".

He had also made light of his comment dubbing Chidambaram as "intellectually arrogant".

"I don't regret it. It is more of a comment on a friend. Don't you make a comment on your own friend?", Singh had asked.
Party leaders admitted in private that Singh's recent statements had led to the order. 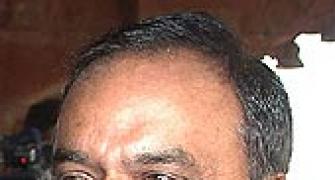 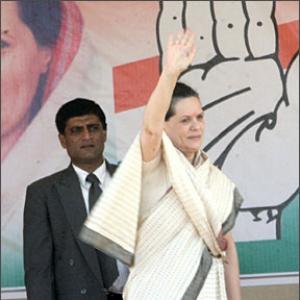