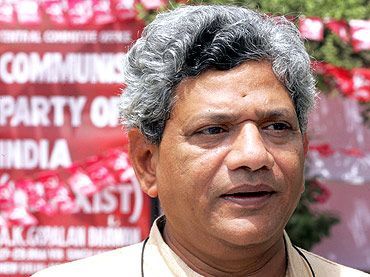 Communist Party of India-Marxist leader Sitaram Yechury on Sunday said that he does not see any prospect of early election in the country even though the Trinamool Congress may have withdrawn its support to Congress-led United Progressive Alliance government.

Yechury said that the two parties Bahujan Samaj Party and Samajwadi Party who were giving outside support to UPA government do not seem to favour early elections in the country.

"Unless both BSP and SP withdraw their support to the UPA, snap polls won't take place. After all, democracy is a number game," he remarked.

Talking to reporters in Phagwara, Yechury, however, said that a non-Congress and non-Bharatiya Janata Party third alternative front was emerging and it would be committed to implementing alternative policies and not just to forming an alternative government only.

"It is a matter of policies, not just of forming a government," he quipped.

Lashing out at Mamata Banerjee-led Trinamool Congress for its timing of raising the hue and cry against current policies of the Union government, Yechury asked why her party did not oppose tooth and nail the fuel price hike and FDI in retail when it was very much part of the UPA.

"TC ministers in the UPA were very much present in the meeting of the Cabinet when these anti-people decisions were taken. Why did they keep mum then," he asked.

"Actually, the TC was having West Bengal's coming panchayat polls on its agenda and did not want to go to the electorates with the burden of fuel price hike and the FDI," he remarked.

When asked if CPI-M General Secretary Parkash Karat, by asking SP supremo Mulayam Singh Yadav to play a leading role inside and outside Parliament, had indicated that Yadav could be projected as prime ministerial candidate of the third front when it takes shape, Yechury replied "it is too early to say anything over the matter."

However, he added in a lighter vein, that "Mulayam Singhji has been a prime ministerial candidate since 1990s". 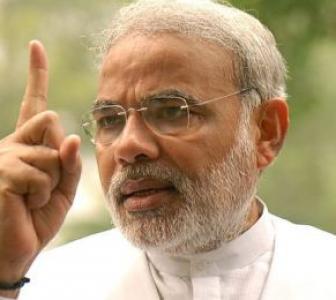 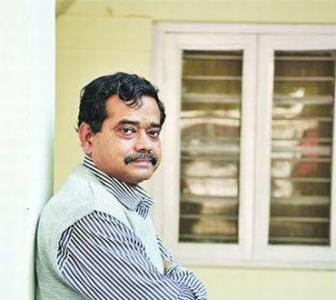 CPI the only party to provide info through RTI