Reacting to criticism over the death of 100 infants at Kota's JK Lon Hospital, Rajasthan Chief Minister Ashok Gehlot on Thursday said the issue should not be politicised and his government was sensitive to it. 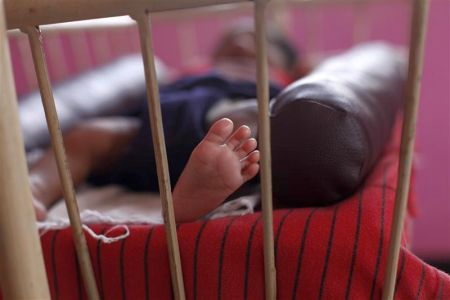 His remarks came amid criticism by the Bharatiya Janata Party and Bahujan Samaj Party supremo Mayawati, who accused the state government of being insensitive.

Expressing displeasure on the response to the tragedy, Mayawati also questioned the silence of Congress general secretary Priyanka Gandhi Vadra, saying if she does not meet mothers of the deceased children, then her meeting with the kin of the victims of violence during the anti-Citizenship Amendment Act protests in Uttar Pradesh will be "construed as pure theatrics".

"The government is sensitive to the death of sick infants in JK Lon Hospital in Kota. There should no politics over the issue. Infant mortality at this hospital is steadily decreasing. We will try to reduce it further. It is our top priority that mothers and children remain in good healthy," Gehlot tweeted in Hindi.

Gehlot further claimed that the first ICU for children in Rajasthan was established by the Congress government in 2003.

"We also established an ICU for children in Kota in 2011," he added.

Gehlot said the aim of 'Nirogi Rajasthan' was a priority for the government and an expert team from the Centre could further help improve health services in the state.

"We are ready to improve medical services in the state through discussions and cooperation with an expert team from the Centre," he said.

"It is regrettable that the state health minister did not even visit the hospital. The chief minister is known for being sensitive. A delegation of BJP MPs had met the families who lost their children. They were in deep anguish. If the government is not sensitive then it is worrisome," Poonia said.

He alleged that the BJP MPs were manhandled by Congress workers during a visit to the Kota hospital.

Poonia said the BJP does not want to do politics on the issue but it is unfortunate that the state government is not dealing with it seriously. 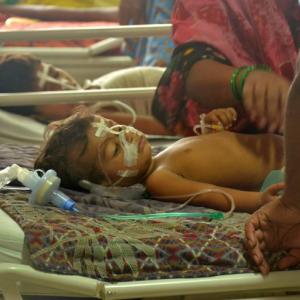