Don't look down! Terror at 3,500 feet as glass walkway cracks in China 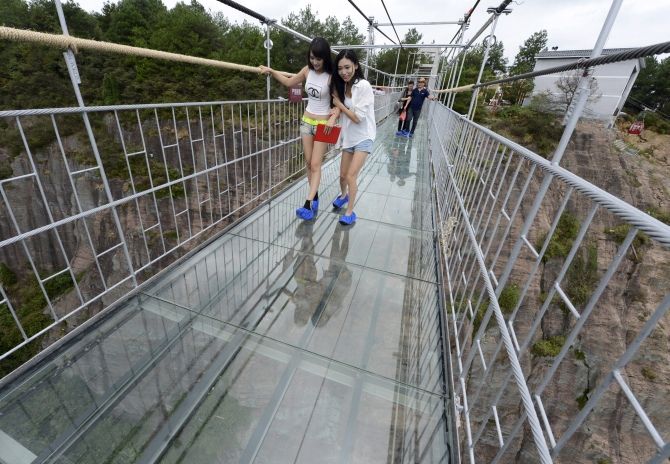 Tourists look down as they walk on a glass suspension bridge at the Shiniuzhai National Geo-park in Pinging county, Hunan province, China. Photograph: China Daily/Reuters 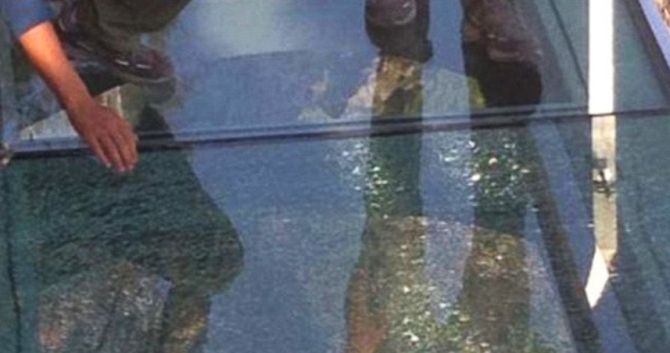 A close-up of the cracks that formed on the bridge. Photograph: LIDONGHAISHUOHEZAINIHAOWODEHAI/WEIBO

Aptly named the Haohan Qiao Bridge which translates to‘Brave Men’s Bridge’, tourists from all over the world visited to cross the 980-foot-long span that sits between two cliffs and rises 600 feet above a canyon.

Visitors were seen running and screaming in panic as they saw the damage on the U-shaped path at YuntaishanScenicPark. “As I was approaching the end of the passage, I heard a sudden loud bang. My legs were shaken. I looked down and saw the pane underneath me had shattered. I heard screams. I yelled, ‘It really cracked. It really cracked!’ Then I ran pushing the people in front of me. I was terrified,” he wrote.

Following the incident, the park issued a statement on Tuesday, admitting discovery of “small amount of cracks” during a regular inspection. 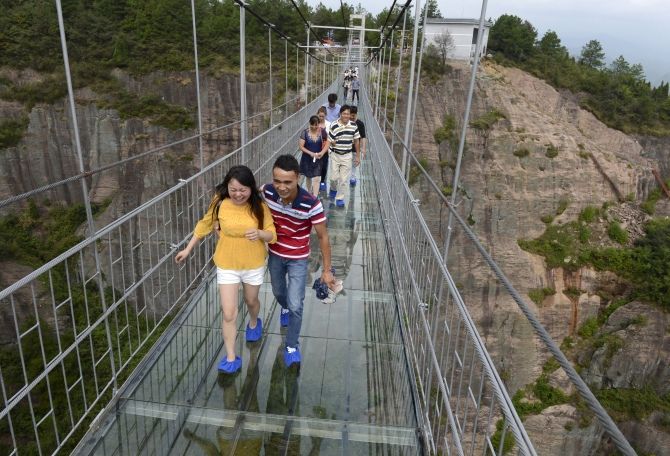 “To ensure guests’ safety, the glass walkway was closed immediately,” the statement said. “Safety experts were deployed to find the cause of the incident,” it said.

It claimed the damage was caused by “external force” from a sharp object. There was no danger, it said.

“The passage’s surface is made of custom-made three-layer tempered glass panes. The cracks only affect one layer of the pane and will not pose threat to safety,” the statement said.

But this was disputed by the Weibo user who claimed to have seen it. “It was definitely not a small amount of cracks,” the user wrote, “The whole pane looked fractured.”