As the assembly election approaches, the Bharatiya Janata Party is on an aggressive mission to capture power in Bengal.

The BJP is hoping that Adhikari will join the Modi-Shah bandwagon and be to Bengal what Himanta Biswa Sarma -- who left the Congress for the BJP -- is to the party in Assam.

With a small flood of TMC MLAs switching sides since Thursday, Mamatadi is clearly under siege.

But Modi-Shah would err, we feel, in assuming that the formidable streetfighter of Kolkata is down and out.

Dominic Xavier offers his take on the latest episode in the Bengal 2021 drama. 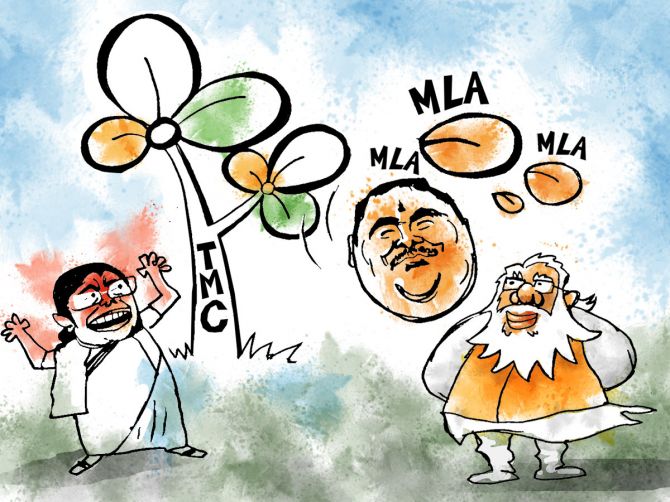