Nothing symbolises the state of law and order in Uttar Pradesh than what happened to a Dalit teenager in a village in Hathras district.

The young girl had gone to the fields on September 14 with her mother and went missing soon after.

She was found later, beaten, brutally raped and tortured, her tongue cut as she bit it when the accused attempted to strangle her.

She was first admitted to Aligarh Muslim University's Jawaharlal Nehru Medical College and Hospital and then shifted to the Safdarjung Hospital in New Delhi where she died on Tuesday September 29.

Shockingly, her family says the Hathras police forced them to perform the last rites at dead of night before she was cremated early on Wednesday morning.

There has been outrage about the crime with the likes of India's cricket captain Virat Kohli hoping that justice will be done to the Hathras gang-rape victim.

Young Dalit women live under a state of siege in UP villages and this problem has preceded the current government coming to power.

No one in the India of 2020 should be vulnerable and unprotected because of the caste they have been born into, says Dominic Xavier and no child should ever suffer a horrific fate like the Dalit teenager in Hathras village. 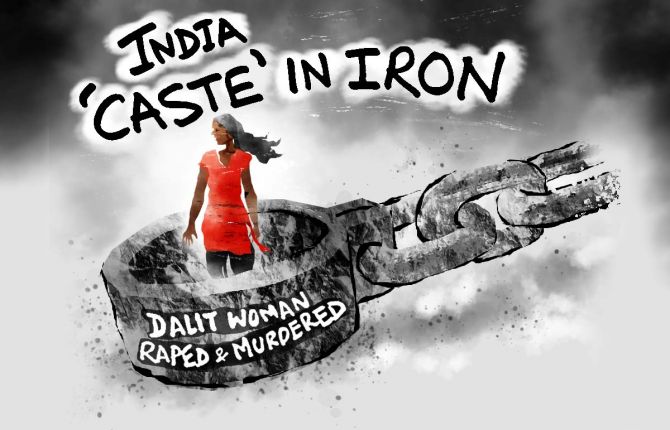