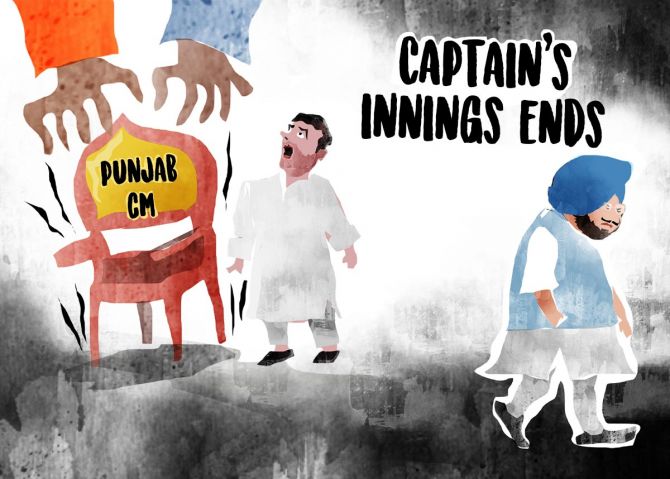 After submitting his resignation to Governor Banwarilal Purohit, Captain Singh said he felt humiliated by the Congress leadership, still affirming that he has good relations with the Nehru-Gandhis at the helm of Congress affairs, but bitterly denouncing Navjot Singh Sidhu, the Punjab Congress president who has needled the veteran for months on end.

Dominic Xavier offers his take on what looks like the end of the Captain era in Punjab politics -- even if he joins another political party.