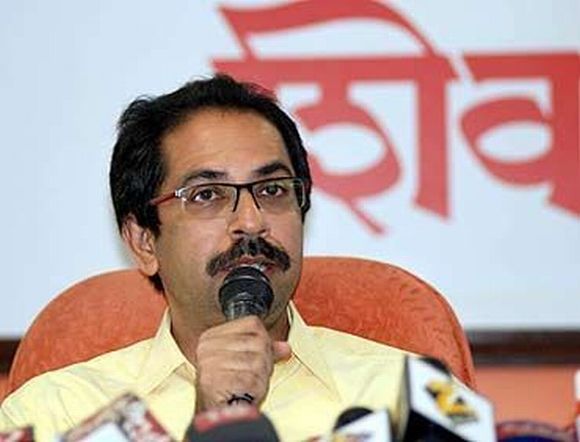 Showing that he was in full control of the party, Shiv Sena president Uddhav Thackeray on Friday said that dissidents were free to leave; while senior party leader Manohar Joshi, who had criticised his leadership style recently, apologised.

"Those who don't like my leadership, they are free to join other parties. The doors are open. I will not ask them to stay," Uddhav said, talking to reporters after a meeting of

Sena leaders which was attended by Joshi and Mohan Rawale, another leader who took potshots at Uddhav recently.

Uddhav, who was anointed president of the party after the death of his father, Bal Thackeray, also expressed confidence that he would "fly the (Sena's) saffron flag atop the state Legislature on the strength of loyal cadres".

I publicly apologise for the same as party's discipline requires it, and hope that the issue would now close finally," Joshi said in a statement on Friday evening.

Joshi, former Speaker of Lok Sabha and former Maharashtra Chief Minister, had publicly criticised Uddhav last month. He was later booed out by party workers from the dais during the party's annual Dusshera rally.

Rawale, who was elected five times to the Lok Sabha from Mumbai south-central constituency and considered a Bal Thackeray loyalist, created a flutter in political circles a few days go when he met Maharashtra Navnirman Sena chief Raj Thackeray at latter's residence earlier this month.

Rawale was reportedly disgruntled as he was unlikely to get the ticket from Shiv Sena this time. In his statement (which was released by Shiv Sena), Joshi said his statements on the issue of proposed memorial of Bal Thackeray created controversy because of the "misunderstanding", but it did cause anguish to him as well as to the party.

At a public interview in September, Joshi had said that unlike the late Bal Thackeray, Uddhav was `milder', and had it been about the memorial of Bal Thackeray's father, the late Sena supremo would have "brought down the government" over the delay.

Joshi stressed in the statement on Friday that discipline was of utmost importance in Shiv Sena and he had faith in Uddhav's leadership.

The controversy created by his statement was discussed "forthrightly" during the meeting with Uddhav and other leaders, Joshi said.