The Election Commission has refused to disclose under the RTI Act the dissent notes of its commissioner Ashok Lavasa on decisions pertaining to Prime Minister Narendra Modi's speeches which were alleged to have violated model code, saying it was exempted information which may "endanger the life or physical safety" of an individual. 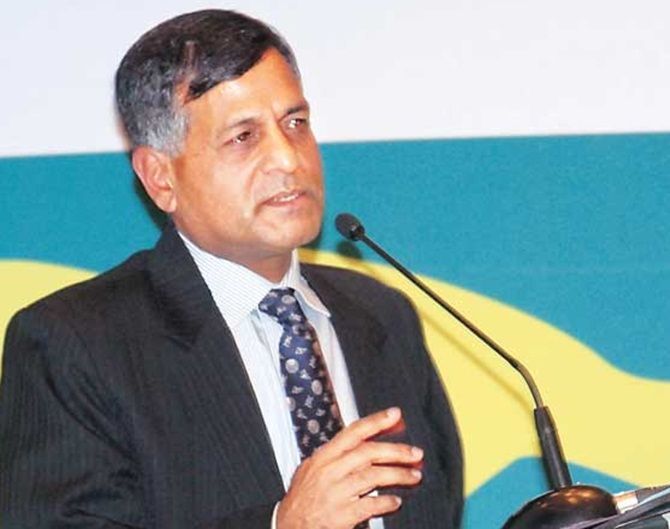 The poll body was responding to Pune-based RTI activist Vihar Durve who had demanded Lavasa's dissent notes, pertaining to speeches given by Modi in rallies at Wardha on April 1, Latur on April 9, Patan and Barmer on April 21 and Varanasi on April 25.

The Election Commission cited Section 8(1)(g) of the RTI Act exempting the disclosure of information which would endanger the life or physical safety of any person or identify the source of information or assistance given in confidence for law enforcement or security purposes.

Durve had also sought information about the procedure followed and the decision given by the commission with regards to these speeches.+

This information was also denied citing the Section 8(1)(g) of the act.

Lavasa had reportedly dissented on a series of clean chits given by the commission to the prime minister and Bharatiya Janata Party president Amit Shah on their speeches.

As his demand to record his dissent notes in the EC's orders was not met, Lavasa had recused himself from cases relating to relating to violation of the Model Code of Conduct.

The 'full commission' of the panel, comprising Chief Election Commissioner Sunil Arora and members -- Lavasa and Sushil Chandra -- had deliberated on the contentious issue, after which the EC said dissent notes and minority views would remain part of records but would not be part of its order.

"In the meeting of the Election Commission held today regarding the issue of MCC (Model Code of Conduct), it was, inter alia, decided that proceedings of the commission's meetings would be drawn, including the views of all the commission members," the poll body had said in a statement after the meeting on May 21.

In the meeting, Lavasa is learnt to have stuck to his ground, pressing for his demand to include dissenting views in the orders.

Since copies of the orders are sent to the complainant and respondents, they become public even if the commission does not share it with media.

The EC had maintained that the dissent notes cannot be made part of the order as the poll code violation cases are not quasi judicial in nature and that they are not signed by the chief election commissioner and fellow commissioners.

"They are like executive orders. They are summary decisions where decision is taken by the EC without hearing out counsels of the two parties. The orders are brief which are not signed by the three commissioners," explained an official after meeting.

Such orders are usually signed by the principal secretary or secretary of the EC concerned, the official said.

Lavasa had reportedly dissented in as many as 11 EC decisions involving complaints against Modi and Shah for alleged MCC violation and where they were given a clean chit.