The Congress on Friday came under attack from both its new ally Shiv Sena and rival Bharatiya Janata Party over an insinuation by its key frontal organisation Seva Dal about Veer Savarkar's relationship with Mahatma Gandhi's assassin Nathuram Godse. 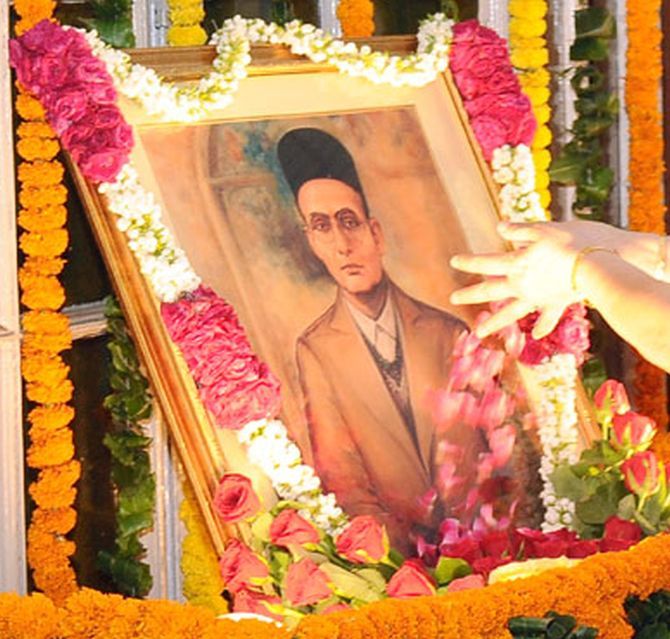 The Sena said the Congress had "dirt" in their mind by questioning Savarkar's credentials as a patriot and his reputation for valour while the BJP described as abhorrent and perverted the comments by the Seva Dal against the Hindutva ideologue in a Hindi booklet.

The BJP also demanded an apology from the Congress.

BJP general secretary Anil Jain took a swipe at the Congress, saying "world knows various relationships of Congress leaders" but he does not want to throw such muck.

The Hindi booklet, distributed at a camp of Congress-affiliated Seva Dal in Madhya Pradesh, had claimed that Veer Savarkar and Nathuram Godse were in a physical relationship.

"Veer Savarkar was a great man and will remain a great man. A section keeps talking against him. This shows the dirt in their mind," Sena MP Sanjay Raut said, responding to the insinuations in the booklet, titled Veer Savarkar, Kitne 'Veer'?"

The book also alleged that Savarkar received money from the British after he was released from Andaman's Cellular Jail.

Fadnavis, a former Maharashtra chief minister, said the Congress had exhibited its "wicked" psyche by circulating such a booklet, which underscored its "intellectual bankruptcy".

"The BJP strongly condemns the booklet. Venerable Hinduhriday-samrat Shiv Sena chief Balasaheb Thackeray would have been the first to react in his archetypal style (to the booklet) had he been around," he said, using the popular epithet of 'king of Hindu hearts' for the Sena founder.

"Today, cannot have such an expectation, but expect that the chief minister announces immediate ban on the book," Fadnavis said in a series of tweets.

He also sought to know from the Shiv Sena "which entered into unnatural alliance with such a bankrupt party" (the Congress) if it will repeatedly entertain insults to its "deity" Savarkar for the sake of power.

The Sena formed alliance with the Congress and the NCP in Maharashtra after severing its ties with the BJP.

Maharashtra BJP president Chandrakant Patil said Congress should apologise for the "perverted" content in the booklet.

"The booklet contains lies and perverted content. The Congress should tender an apology for the same," Patil said.

"Savarkar was acquitted by the court in the Gandhi assassination case. Despite this, the Congress-affiliated organisation is trying to link him and the accused in the case," he said.

Last month, Congress leader Rahul Gandhi's jibe that his name was not "Rahul Savarkar" and hence he would not seek apology (about his remark on rape) had riled the Shiv Sena, his party's new-found ally in Maharashtra.

Anil Jain said nobody in the Congress suffered like Savarkar, and asked how low can the opposition party fall to attack the Hindutva icon.

The Congress should answer about such an abhorrent comment made about Savarkar, he added.

"Except for a family nobody is worthy of respect for the Congress," Jain said, accusing the party of denigrating leaders like Sardar Vallabhbhai Patel, Bhim Rao Ambedkar and Savarkar.

Union minister Smriti Irani asked the Congress for how long would it "insult the sacrifices" of Savarkar and said the opposition party will have to give an answer to the people of Maharashtra and all patriots in the country.

"The Congress, which is one of the ruling parties in Maharashtra, will have to answer the Marathi people and all patriots in the country how long will it continue to insult the sacrifice of Veer Savarkar," Irani said at the Delhi BJP office.

She also asked why does the Congress consider its "birthright to humiliate" Savarkar.

Vinayak Damodar Savarkar, commonly known as Veer Savarkar, was an Indian independence activist, politician, lawyer, writer, and developed the core of his philosophy on the concept of Hindutva. 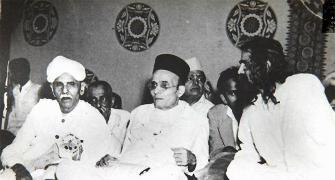 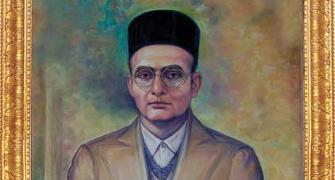 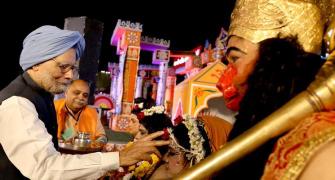 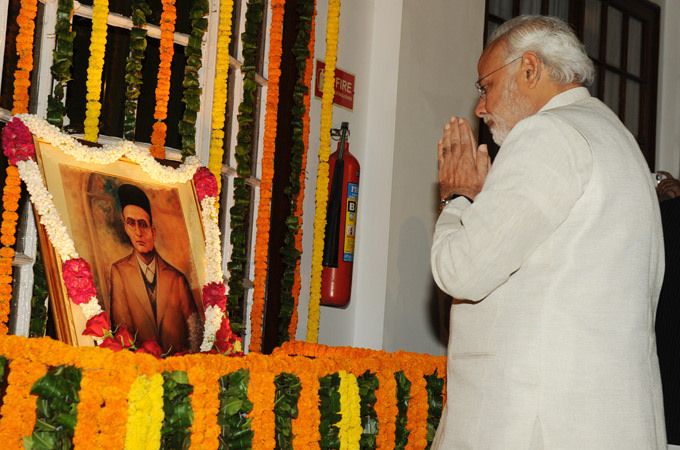