Amid a strong buzz of his possible political entry, the veteran actor announced the launch of a 'digital platform' which he said could act as a 'whistle-blower'. 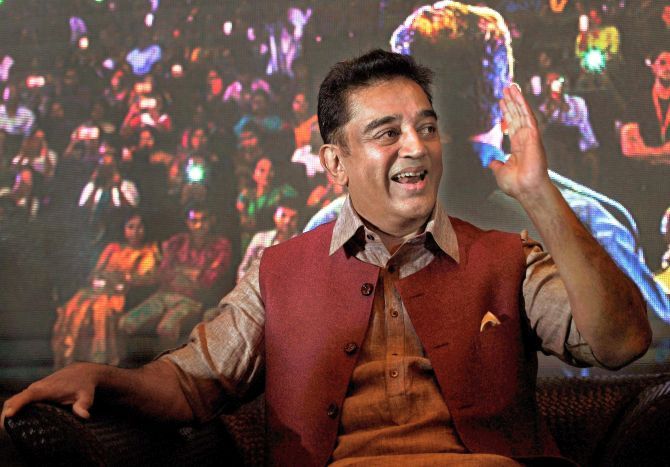 Amid strong buzz of his taking the political plunge and possibly launching a party by next year, veteran actor Kamal Haasan on Tuesday announced that he will soon launch a mobile application that would serve as a platform to communicate with the people.

Addressing a press conference on his 63rd birthday, amid expectations of a big announcement by him on his long-hinted entry in politics, the actor said he was already there.

Replying to a question, he said “I am already here,” (that he was in politics) and was holding discussions with various experts on the matter.

Referring to his write up in a Tamil weekly last week, the actor said violence in the name of any religion was not proper, adding it was not his “appeal” against violence but “apprehension.”

“I don’t start with the intention of hurting Hindus,” he said, adding he never used the word ‘terrorism’.

About the mobile application, Haasan said, “The app ‘maiyamwhistle’ is currently in the developmental stage and would be launched by January.”

The actor said he would undertake a state-wide tour of Tamil Nadu to communicate with the people ahead of launching a political party.

“After the launch of mobile app, we will indicate when I will be touring Tamil Nadu to understand my people from a different perspective, not as an artiste,” he said.

The mobile application, which is ‘beta tested’, would provide a platform to users to quickly report any complaint that needs to be redressed in a transparent manner, Haasan said, adding after the app is launched, he would explain how it works and then “we will have series of announcements.”

“It is a very important day. It is hopefully a day towards progress. Progress not just for an individual but also for Tamil Nadu,” he said.

“There has been constant references in the media that I will be introducing an app. I am not saying it is wrong. This ‘maiamwhistle’ is not just an app, we are creating a platform through which people can be reached at various levels,” the actor said.

The actor, who is facing flak over his comments on right-wing extremism, said he never intended to hurt Hindus and opposed violence in the name of any religion.

Haasan said he was not bothered about how many Hindus were present in that hall or even in the country but was concerned about those back at home.

“I will be reduced to tears if they (family) deny me the weapon called love,” he said.

“No religion preaches violence.... I never begin a word trying to hurt Hindus. Because I hail from that family,” the actor said.

Haasan recently courted controversy when he hit out at what he called Hindu extremism last week, claiming that right-wing groups have taken to violence because their earlier “strategy” has stopped working.

A complaint has been filed against the actor in a court in Uttar Pradesh for allegedly hurting religious sentiments of Hindus by his remarks.

"Earlier such Hindu right-wingers, without indulging in violence against those belonging to other religions, made the latter indulge in violence through their arguments and counter arguments,” he had said in the controversial remarks.

However, since “this old conspiracy” had begun to fail, the groups were indulging in violence, he had said.

“Extremism is in no way a (mark of) success or growth for those who call themselves Hindus,” he had said in the write-up.

Image: Kamal Haasan addressing a press conference on his 63rd birthday where he announced the launch of his app -- maiamwhistle. Photograph: PTI Photo 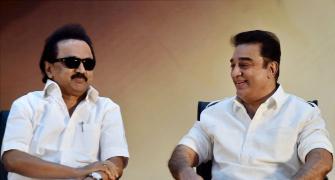 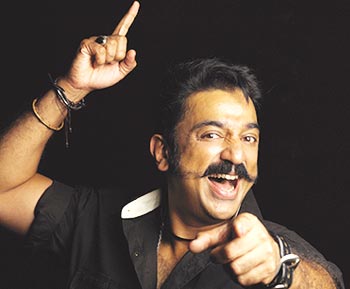 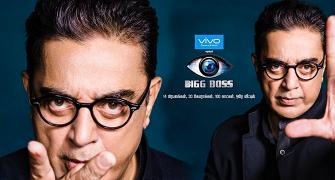 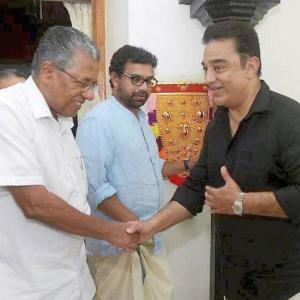 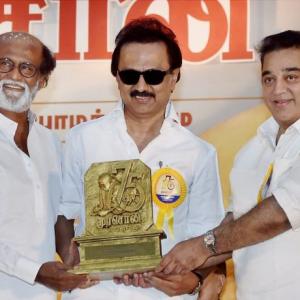