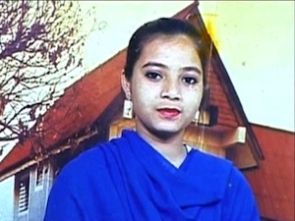 Speak about terrorism being made into a political tool, and there cannot be a better case than the 2004 Ishrat Jahan encounter case. In his interrogation, 26/11 convict David Headley told the National Investigation Agency that Ishrat was a fidayeen, in 2010. Despite this fact, the home ministry allegedly asked the NIA to not include this angle in the Headley probe. Vicky Nanjappa finds out why.

While both the home ministry and the NIA deny this, they maintain that the Ishrat angle never figured in the probe as they felt that Headley was speaking on the basis of hearsay.

They say that it was not necessary to add this angle since Headley had neither met with her or was not part of the team that is alleged to have recruited her to allegedly assassinate Gujarat Chief Minister Narendra Modi and senior Bharatiya Janata Party leader L K Advani.

“Headley’s questioning revolved around the 26/11 attacks since he was directly a part of it,” an NIA official points out.

Intelligence Bureau officials who have been regularly in touch with the Federal Bureau of Investigation say that there is no doubt that Headley was aware of who Ishrat was.

Sources tell rediff.com that the FBI questioning of Headley not only involved the 26/11 attacks, but also the Lashkar-e-Tayiba’s plans in India. Headley spoke about the atrocities committed against Muslims not only in India but in other parts of the world. He spoke about how the LeT was planning on targetting some leaders in India who were believed to be anti-Muslim.

It was in this context that he told the FBI about Ishrat, a female suicide bomber.

When everyone sought answers, it is quite surprising that the NIA did not choose to push the questioning on this angle, despite Headley knowing a lot about her and the case.

Sources say that the problem was not with the NIA, and they, in fact, had questioned Headley extensively regarding Ishrat. However, the problem began when they returned to India from the United States, and discussed the matter with the home ministry. The final report on Headley was put out only after discussion with the ministry, and some officers point out that the NIA was told not to mention too much about the Ishrat angle.

Central Bureau of Investigation officials who are now tasked with the case would not however look into this angle. They maintain that they have been specifically told to find out if the encounter was fake or not.

The IB, on the other hand, would do everything under the sun to prove that the input was correct regarding Ishrat and her accomplices. They have already written to the CBI and are also pointing out that the NIA does have details and they need to be questioned about the same, despite them (the NIA) not mentioning it in their final report after Headley’s questioning. 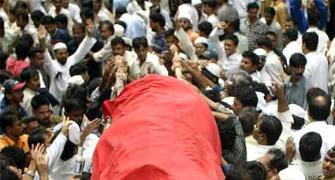 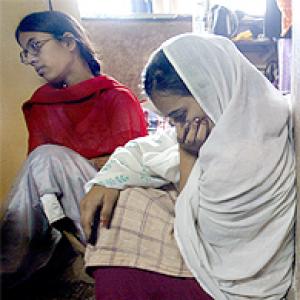