Did Goa CM say women protesting under the sun won't get grooms? 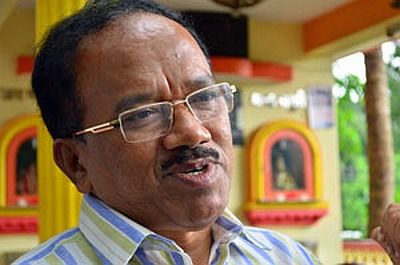 In a remark that could land him in trouble, Goa Chief Minister Laxmikant Parsekar on Tuesday allegedly advised the agitating nurses that they should not stage hunger strike in the sun because it will make them 'dark' and 'ruin their marital prospects'.

"When we met the Chief Minister over our demands at Ponda on Tuesday, he said the girls should not sit on hunger strike in hot sun as their complexion will become dark and they will not find a good bridegroom," said Anusha Sawant, one of the nurses.

"The comment was unwarranted. We expect the CM to meet our demands if he is really worried about us," she said. Parsekar was not available for reaction.

"We have no idea whether any statement was made but we don't think he would say something like that," said an official in the CM's office.

In Goa, the nurses and others workers attached to 108 ambulance service, a government-approved facility run by a private firm, are on hunger strike for the last few days.

They allege that the firm makes available only 13 ambulances, though it is being paid for 33. Their representatives have met Parsekar twice so far and have now decided to confront him at every public function he attends.

"We also want to create awareness about the fraud committed by the company in connivance with government officials," said Hridaynath Shirodkar, working president of Goa unit of the Bhartiya Mazdoor Sangh.