J Dey, a senior investigative journalist who extensively covered underworld and crime for over two decades, was shot dead in broad daylight on Saturday.

In a statement, the Press Club of Mumbai has expressed shock over the killing of the veteran crime journalist.

Dey, Editor-Investigations of Mid-Day, was shot dead in broad daylight at Powai on Saturday by unidentified assailants. Though the motive of the murder is yet to be established, Dey had recently written a series of stories on the adulteration of diesel in Thane and sought police protection after he received threatening calls.

The Press Club, Mumbai demands the perpetrators and conspirators of this heinous killing of the senior journalist be arrested and brought to book immediately.

The killing of J Dey also underlines the increasing threat investigative journalists are being subject to by powerful political and business interests indulging in illegal acts. Scores of incidents of journalists being beaten or threatened by politicians and local mafia have been brought to the fore in recent weeks and months. The latest incident in February this year involved no less than the Deputy Chief Minister Ajit Pawar who threatened and evicted journalists during a rally in his home constituency of Nanded.

Journalist organisations have been demanding a law to make attacks on journalists a non-bailable offence but the political class have ensured that the proposed draft has never seen the light of day.

Journalist organisations will be meeting shortly to decide on a course of action to ensure justice is done in the case of the brutal murder of J Dey.

Our heartfelt condolences go out to his wife Shubha and the rest of his family. May his soul rest in peace. 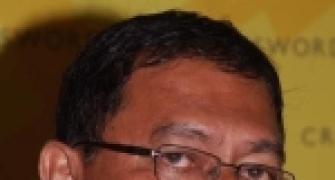 Senior investigative journalist shot dead in Mumbai
'We will teach the culprits a lesson'
Using violence to silence the press. Your say!

'Mumbai is driven by the police and the underworld'