Detained Omar Abdullah to be shifted near home 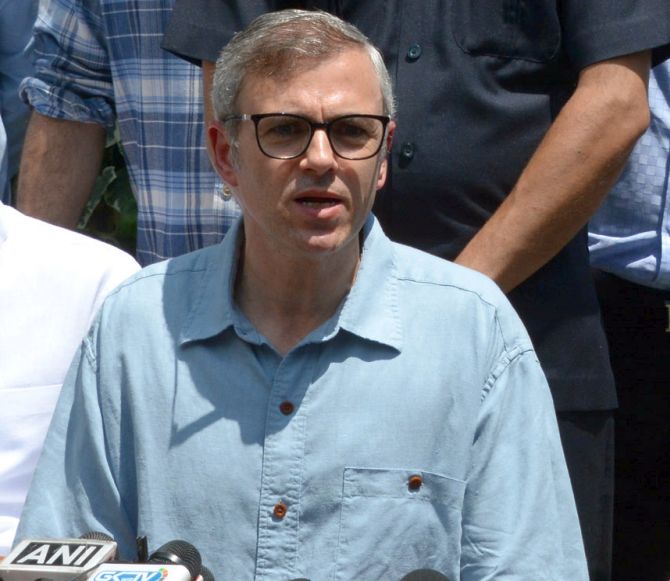 Former chief minister of erstwhile state of Jammu and Kashmir Omar Abdullah will be shifted to a house near his official residence, 163 days after he was taken into preventive custody following abrogation of Article 370 provisions, officials said in Srinagar on Wednesday.

Omar, presently kept in detention at Hari Nivas, is likely to be shifted on Thursday as the Jammu and Kashmir administration plans to use the Hari Nivas to accommodate a ministerial delegation from the Centre visiting the Valley soon, they said.

A team of Union ministers including Railway minister Piyush Goyal, Law Minister Ravi Shankar Prasad and Minister of State G Kishan Reddy are scheduled to travel soon to the Valley to educate the people about the developmental activities that have taken place after the abrogation of the state's special status and its division into two union territories.

The house where Omar will be shifted is very near to his official residence and is being readied as he is a Special Services Group (SSG) protectee, the officials said.

Along with his father Farooq Abdullah and another former chief minister Mehbooba Mufti, Omar was among hundreds of political, social activists, lawyers and businessmen detained after the centre abrogated Article 370 on August 5 and divided Jammu and Kashmir state into two union territories -- Ladakh, and Jammu and Kashmir.

Omar, Mehbooba and other politicians were detained under section 107 of Code of Criminal Procedure which allows authorities and an executive magistrate to put any person under preventive custody for a period of six months if he receives information that the person is likely to commit a breach of the peace or disturb the public tranquillity.

Farooq Abdullah is the only mainstream politician against whom the stringent Public Safety Act (PSA) was slapped on September 17 for a period of three months, which was renewed on December 16 last year.