An official of the Indian Embassy in China, on Wednesday, met the 21 Indians detained there for alleged diamond smuggling and legal help is being arranged for them, Foreign Secretary Nirupama Rao said.

Rao said the people, detained on Friday last, are being "apparently well looked after" and the Indian Mission is helping them. "Our Embassy in Beijing has sent me a message this morning that one of the officers from Beijing has gone to Shenzhen and he has been given counsular access to those who were taken into custody by Chinese," Rao told reporters in New Delhi.

The Indian Embassy, which swung into action soon after the detentions took place in Shenzhen, had sought consular access to ascertain their well-being

and requirement of help. Legal help is being arranged for them by the Indian Embassy, Rao said after a luncheon meeting hosted by Home Secretary G K Pillai. Asked whether they were really involved, Rao refused to comment, saying "the legal process is still to begin." She, however, added that "the important step is the consular access has been sought and it was given by the Chinese."

The Indians are kept at the detention centre in Shenzhen province and "they look in good condition," sources told PTI. They are suspected of being involved in illegal transportation of diamonds from Hong Kong to Shenzhen.
Source: PTI© Copyright 2020 PTI. All rights reserved. Republication or redistribution of PTI content, including by framing or similar means, is expressly prohibited without the prior written consent.
Related News: Nirupama Rao, Indian Embassy, PTI, Shenzhen, K Pillai
SHARE THIS STORY
Print this article
Media distorted my remarks, Tharoor tells PM
Indo-US n-deal to be finalised soon: Foreign Secy
Hyderabad the capital of Telangana: Home Secy 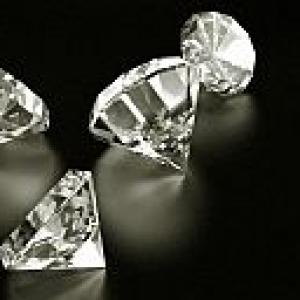