Despite Kasab, Maha govt gets paltry hike in jail budget 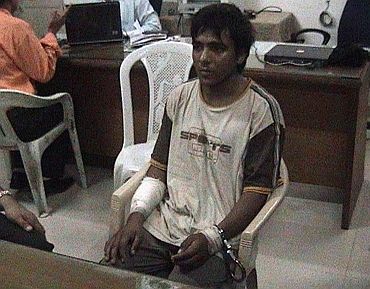 Ever since the arrest of lone surviving Pakistani 26/11 gunman Ajmal Kasab, there has been talk about the amount that is being spent on his security. While the daily expenditure has been estimated at Rs 3.5 lakh, the amount spent on him so far is close to around Rs 48 crore, of which the charges of the Indo Tibetan Border Police alone is Rs 31 crore.

Kasab is no doubt a high-profile prisoner and prior to the arrest of 26/11 handler Abu Jundal, he was that crucial piece of evidence which showed a direct Pakistani link to the dastardly terror attacks on Mumbai.

While this is the expenditure on one prisoner, there is another aspect which needs to be looked at: the overall budget sanctioned for all prisons in India for the year 2011-2012 is Rs 2992.43 crore.

The information regarding the prisons budget across India put up by the National Crime Records Bureau include maintenance and development of various infrastructure in jails. As per the records most of the states have had an increase in budget allocation for current year when compared to 2010, when the budget allocation was at Rs 2354.96 crore.

However, in the case of Maharashtra, where Kasab is lodged, the rise in budgetary allocation was very low.

It is interesting to note that the state that houses the most high profile prisoner, Kasab, the budgetary allocation went up just by 5 per cent. This means that apart from the amount sanctioned by the Union government, the remaining expenditure needs to be coughed up by the state government.

Kasab, who is on a death row, has to be guarded as there are repeated threats of a possible assassination or a hijack to secure his release. Moreover, India would want to ensure that he is dead the legal way i.e. when President Pranab Mukherjee rejects his mercy petition.

Currently he is being guarded by a 250-member team of the ITBP commandos; which has already incurred a cost of Rs 31 crore. The ITBP alone has coughed up Rs 70 lakhs a month from its pocket on guarding him. The remaining Rs 15 crore has been spent by the Maharashtra government.

The bigger issue for the ITBP is that this amount that they have been spending needs to be reimbursed by the Maharashtra government which is already facing a cash crunch in terms of budgetary allocations towards its prisons. The state government will need to reimburse the entire amount spent on Kasab's security by the ITBP and this amount will shoot up by Rs 70 lakh each month until the time he is hanged.

This once again is ironic since this is the amount the ITBP spends on the entire security at the Tihar Jail in New Delhi each month, which houses the likes of Parliament attack convict Afzal Guru and several other terrorists.

In all, the ITBP has an outstanding of Rs 190 crore that it has to get from the various state governments in the country.

An official in the force told rediff.com that there is no choice since these high-profile prisoners need to be guarded. "They would mainly include the terrorists that are housed in the jails of Delhi, north-eastern states and Jammu and Kashmir."

The officer points out that there are dues which need to be recovered and reminders are sent to the state governments in question every now and then.

Officials say that it is for the government of India to take up the matter and sanction a better budgetary allocation in such special cases so that there are no dues.

Besides the expenditure incurred by the ITBP commandos, the various other states in India owe the Union government Rs 6,000 crore which has been spent on security.

The Centre deploys armed personnel and central forces from the various other departments. The forces are sent on the basis of the requisitions made by the respective state governments depending on the profile of the prisoners that are lodged there.

In the case of Kasab, it was the Maharashtra government which had requested for the services of the ITBP. The Union home ministry, which overlooks this aspect, has its job cut out as it needs to recover this amount from the state governments.

In the case of Maharashtra there have been nearly ten requisitions made for the recovery of the amount spent, but that has not taken place. The end result is that people would suffer since the Union government usually adjusts the amounts due by cutting down on the grants under various central schemes. 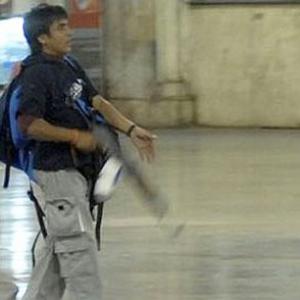 Why is Kasab not hanged yet, ask 26/11 survivors