Two victims of exposure to cobalt-60 radioactive material are all set to be discharged from the Army hospital and are planning to take legal action against those responsible for their condition. Scrap dealers Ajay Jain and Deepak Jain who have been undergoing treatment at the Army hospital for over a month will be discharged on Wednesday.

"We are planning to take legal action against those responsible for our condition today. It is in no way our fault if they do not show us how to dispose of such contaminated material," Ajay Jain, who deals in scrap in Mayapuri scrap market, said. The scrap market has been in news since nearly two months after eight individuals from this area were admitted to hospital with suppressed bone marrow and severe burns following exposure to the radioactive material that came out of a Gamma Irradiator machine sold as scrap by Delhi University.

This exposure has claimed the life of one scrap worker Rajinder. When Deepak was asked about the source of the Cobalt-60, he said, "I got it from Ajay." Posed with the same question Ajay said, "I had got it from those who sell scrap to us. I cannot recall who they are as many people sell us scrap and out of 100 cases, maybe in 10 cases the source can be traced. No scrap come to us from hospitals.

"We have heard that this cobalt-60 was traced to Delhi University. After I am back home we will sit and decide the next course of action but yes we will not spare those responsible for our condition." Asked about their condition, Lieutenant General Naresh Kumar, Commandant, Army Hospital Research

and Referral said, "The condition of both patients of radiation exposure admitted with us has improved considerably. Both are free from infection and their blood count has risen enough to be allowed to be discharged from the hospital. Ajay Jain was admitted with us from 18 April and Deepak Jain is with us since 28 April."

Brigadier Velu Nair, head of department of haematology, AHR&R and the treating physician said, "Both are fit to be discharged. The have been advised to come back to us for a routine check-up at regular interval. The bone marrow transplant is not ruled out completely. They have been advised on the do's and dont's once they are back home." "We will conduct a blood test at regular interval and after some time the bone marrow test to see they are recovering or not", Brigadier Nair said. He said, "We have advised them complete rest and no work till our next routine check-up. Ajay cannot sit properly due to the burns on his back and Deepak has lost a considerable amount of hair." Kumar said, "Ajay's wife and child are being closely monitored. They too are under observation though both have showed no symptoms of radiation exposure yet. Since the cobalt-60 was with Ajay since March 10, his wife and children are under surveillance."

Meanwhile the other patients of radiation exposure admitted with AIIMS too have shown considerable improvement. "They have shown excellent improvement in their condition. We are planning to collectively discharge all three sometime at the end of this week," Dr A B Dey, professor, department of medicine, AIIMS said.
Source: PTI© Copyright 2021 PTI. All rights reserved. Republication or redistribution of PTI content, including by framing or similar means, is expressly prohibited without the prior written consent.
Related News: Ajay Jain, Deepak Jain, AIIMS, Army Hospital Research and Referral, Delhi University
SHARE THIS STORY
Print this article
George Fernandes undergoes neurosurgery at AIIMS
President Kalam discharged from hospital 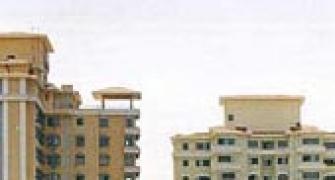 Wish the President a speedy recovery