A Delhi court on Monday set aside an order seeking explanation from the Delhi police commissioner on why legal action should not be taken against him for non-submission of a report in a February 2020 riots case. 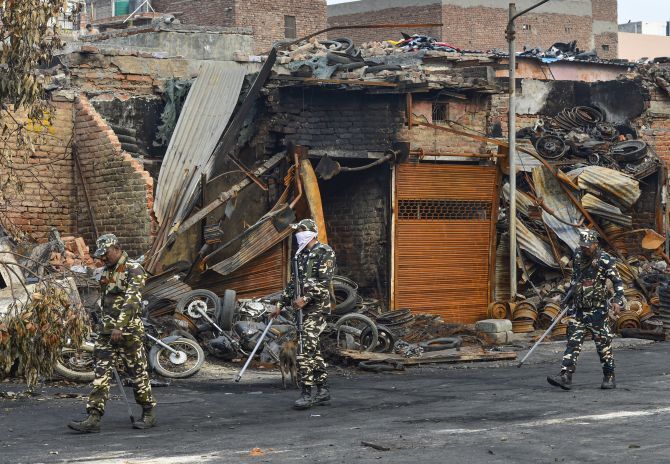 District and session Judge Ramesh Kumar passed the directions on a revision petition filed by Delhi police against the October 21 order in which chief metropolitan magistrate Arun Kumar Garg had come down heavily on the police commissioner.

The magistrate had sought an explanation from the top cop under his signatures, through secretary (home) Union of India, as to why appropriate action as per law be not taken against him for non-submission of a report in compliance with an order dated September 25.

Setting aside the order, the session judge said, "Perusal of the revision file shows that this court, vide order dated October 21, had stayed the operation of the order dated September 25, and as such, the directions given by the trial court in the later order dated October 21 cannot be termed as non-compliance, which was apparently passed after the stay was granted."

The consequential directions emanating from the impugned order were 'not warranted,' he said.

"Accordingly, order dated October 21 passed by the trial court is set aside," the judge directed.

On September 25, CMM Garg had imposed a cost of Rs 5,000 on the police, noting that the investigating officer and prosecutor sought adjournment in a 'very casual manner' and had directed the police commissioner to conduct an inquiry.

On the next date of hearing on October 21, the magistrate noted that although a request for extension of time for completion of the inquiry, as per directions of the police commissioner, has come from DCP (north east), no report has been received from the commissioner.

He had then directed, "Let an explanation be called from commissioner of police Delhi under his signatures through secretary (home) Union of India as to why appropriate action as per law be not taken against him for non submission of the report in terms of previous order."