How Kejriwal won the hearts of Delhi, AGAIN 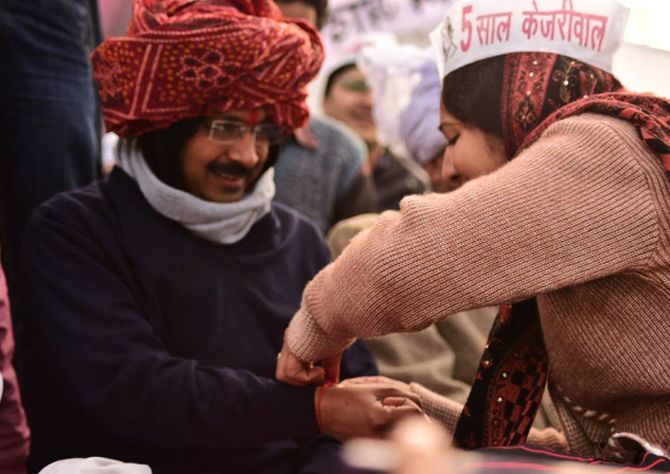 Over the past few months, Delhi got to see Arvind Kejriwal 2.0.

Gone was the activist-turned-politician who took any criticism as a personal affront, replaced by a consummate politician. The former Indian Revenue Service officer no longer accused the media for all his ills but instead came across as a person who was willing to publicly admit his mistakes.

“One thing I have realised in politics, never resign no matter what happens … even if you have to fight within the government,” Kejriwal, sounding apologetic, said at a public meeting held in Wazirpur.

Rewind to the evening of February 14, 2014: Kejriwal, the chief minister of Delhi who quit after being unable to introduce the Jan Lokpal Bill in the Delhi assembly, was addressing his volunteers while waving his resignation letter: “When we tried to pass the Jan Lokpal Bill, the Congress and the Bharatiya Janata Party united against the Bill. Why did this happen? Because three days back, we had registered an FIR against Mukesh Ambani, a man who runs the central government. For last 10 years, he was supporting the UPA government and for the last one year, he is behind Narendra Modi. From where does Modi get so much money?”

Kejriwal and his aides went into the Lok Sabha polls believing there was a tsunami of support in their favour. Their disastrous performance, winning only four seats and others candidates losing their deposits in a record of sorts, only allowed their leaders and workers to make the media a scapegoat.

Fortunately, better sense prevailed soon. Kejriwal evolved. A year back, Kejriwal was adamant, unwilling to accept how the resignation might have upset his core supporters. Even in his public addresses he led a sharp attack on almost all the quarters – opposition parties and their leaders, corporate groups, media houses, and the police.

A kinder, gentler campaigning style: But soon enough, the former bureaucrat mastered the art of political speeches. Kejriwal addressed a hundred public meetings in Delhi in the past two months. The overtly confident, nearly arrogant Kejriwal was gone. He would still continue to level such charges but this time, he also flashed a set of documents and a newspaper to the crowd each time. “I am not saying this. You can read it here in this newspaper. Today I have even brought the documents along because if I don’t do that, they will file a case against me. Already they have registered so many cases,” a witty Kejriwal would tell cheering crowds.

Focused on issues of water, electricity: There was a visible shift in his campaign style. From taking potshots at the opposition parties and corporate groups, Kejriwal started focusing more on issues of water, electricity, price rise and women’s safety. Although he would still press to get Delhi rid of corruption, but he avoided mentioning the Jan Lokpal Bill, as if to not set off alarm bells among voters.

Accepted resignation as a mistake: We made a mistake (by resigning), yes. But haven’t committed a crime. Give us full mandate this time and I will serve you for five years,” Kejriwal said during the campaign, as his lieutenants spent their days and nights rebuilding what had looked like a decimated party organisation.

Turned negative campaigning by opponents to his advantage: Instead of his razor-sharp accusations at the opposition political leaders, he would remind the audience how his opponents are drifting from issue-based politics to “mud slinging.”

“Prime Minister Narendra Modi called me a Naxalite? He says I should be sent to the jungle. Am I a Naxalite? BJP’s Nupur Sharma called me a monkey? Nirmala Sitharaman called me a thief, Kiran Bedi called me toxic. They don’t have the courage... I have done no wrong. Even my worst enemies say that Kejriwal is honest,” Kejriwal said at a public meeting in Trilokpuri.

Convinced voters that voting for Congress was a waste: Kejriwal is also no longer dismissive of his principal opponents. He would cleverly say how the Congress is nowhere in the contest and that “voting for them is a waste”. Then, he would mention how the main fight is between his party and the BJP. “I would like to ask BJP supporters present here: are you able to run your houses?” he would ask.

Kejriwal was also successfully able to turn the BJP’s negative campaigning in his favour. For instance, one of BJP’s radio advertisements portrayed an old lady complaining about how she felt disappointed during the 49 days rule of AAP. Soon, AAP brought out a counter advertisement where Kejriwal was heard addressing the old lady, acknowledging the mistakes and asking the woman to repose her faith one more time in AAP. 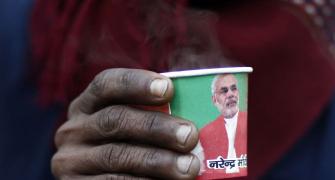 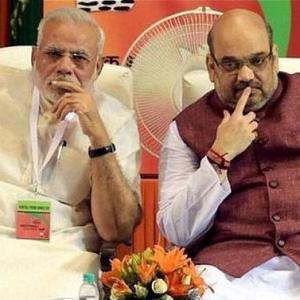 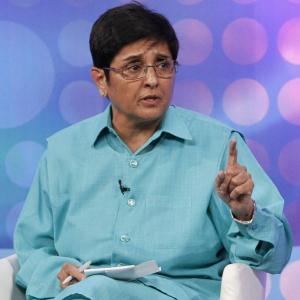 Heavyweights in fray: Who's leading, who's trailing