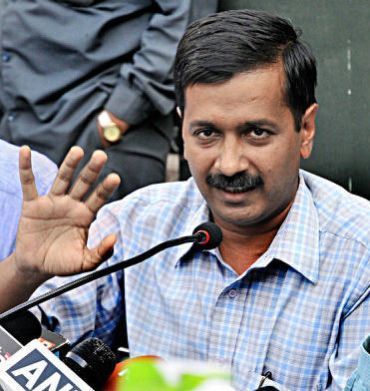 The Bharatiya Janata Party is likely to emerge as the single largest party in the Delhi assembly polls bagging around 28 seats while the Congress and Aam Admi Party may win in 22 and 18 constituencies respectively, according to an opinion poll by ABP News-Nielsen.

It said Arvind Kejriwal's Aam Admi Party is likely get 15 per cent vote share from Congress and BJP in the December 4 election to the 70-member Delhi assembly.

Predicting that BJP will get 34 per cent votes, the opinion poll said AAP was gaining momentum among the voters and that other parties and Independents are likely to manage only two seats.

Around 4,000 eligible voters were surveyed for the poll between October 9 and 12. The survey said the current scenario could change once the candidates are announced by the parties.

It said BJP would have gained another 15 per cent votes if it didn't have AAP as competitor. According to the survey, there is a reduction in the loyalist base for both Congress and BJP in the last two months, resulting in a gain for AAP.

According to the poll, around 32 per cent of respondents preferred Kejriwal as the chief minister of Delhi followed by Sheila Dikshit (27 per cent) and Vijay Goel (27 per cent).

The poll results showed that younger voters (18-23 years) have rated Dikshit's performance as chief minister as below average.

It said corruption and price rise are the main issue for the voters. Price rise is a major influencer for female respondents.

According to the opinion poll, about 65 per cent of the respondents did not want to give another chance to incumbent Congress government to govern Delhi.

40 per cent of the respondents have rated state government's performance as below average with a mean score of 2.74.