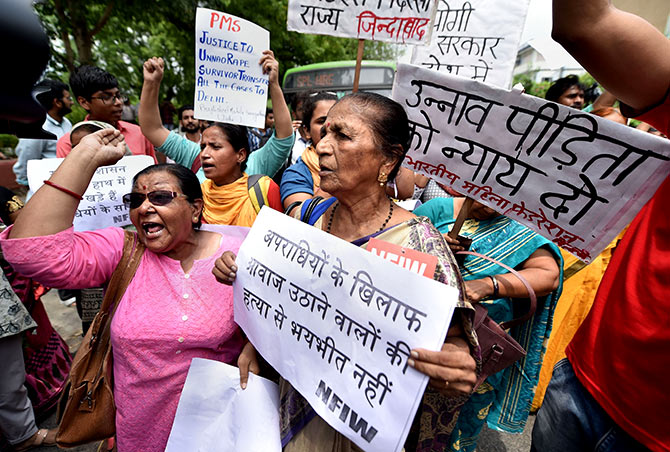 A Delhi court on Friday commenced the trial in a case of alleged rape of a minor girl in Unnao in 2017.

District Judge Dharmesh Sharma completed recording statement of a prosecution witness in an in-camera hearing in the case in which expelled Bharatiya Janata Party MLA Kuldeep Singh Sengar is a key accused.

The court will continue the examination of other witnesses on Monday.

It had earlier directed the media to abstain from reporting names and addresses of the rape survivor, her family and witnesses and certain other aspects of the case.

"The media shall refrain from reporting testimony of any witness, wholly or partly, and refrain from appreciating such evidence or giving any opinion on the merits of the case during the course of this enquiry/trial as the case may be," the court had said.

The court had on August 9 put on trial the expelled BJP MLA for allegedly kidnapping and raping the woman in 2017, who was a minor then, saying charges were 'prima facie' found.

It had said prima facie charges were found against Sengar for allegedly conspiring with co-accused Shashi Singh to bring the girl to the legislator's residence on the pretext of getting her a job, sexually assaulting her and threatening to harm her and her family members if she disclosed the incident to anyone.

The court also framed charges against Singh for allegedly taking her to Sengar's house on June 4, 2017 without the consent of her parents with the knowledge that she would be subjected to rape.

The charges framed against Sengar include sections 376 (1)(rape), 363 (kidnapping), 366 (kidnapping or inducing a woman to compel for marriage etc.), 120 B (criminal conspiracy) and 506 (criminal intimidation), punishable under India Penal Code, and sections 3 and 4 (penetrative sexual assault) of the POCSO (Protection of Child from Sexual Offences) Act.

The charges framed against Singh include sections 363 (kidnapping), 376 (1) (rape), 366 (abducting or inducing a woman to compel for marriage etc), 120-B (criminal conspiracy), 109 (abetment) of the IPC and sections 3 and 4 of the Protection of Children from Sexual Offences Act (POCSO) Act.

The offences entail a maximum punishment of life imprisonment.

Both the accused, had however, denied the allegations, saying they have been falsely implicated in the case and claimed trial. 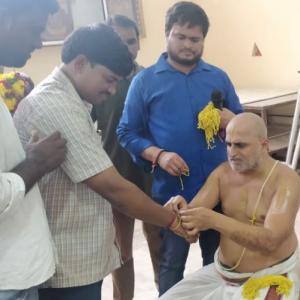