A Delhi court on Tuesday awarded death penalty to convict Yashpal Singh and ordered life imprisonment to another, Naresh Sherawat, for killing of two men during the 1984 anti-Sikh riots that followed assassination of the then prime minister Indira Gandhi leaving nearly 3,000 people dead. 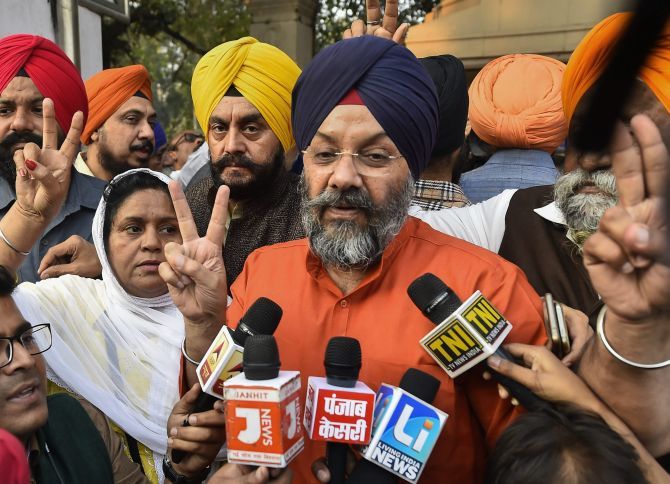 In the first verdict after the riots-related cases were reopened by a Special Investigation Team in 2015, the court held that Singh's offence fell under the 'rarest of rare' category warranting the death penalty. The Delhi Police had closed this case in 1994 for want of evidence.

The SIT is investigating nearly 60 cases related to the riots, while it has filed 'untraced report' in 52 cases.

The court also imposed fine of Rs 35 lakh each on both the convicts and directed payment of the fine amount as compensation to surviving family members of deceased Hardev Singh and Avtar Singh.

While this is the first death penalty after the SIT was formed, one Kishori was earlier given the death penalty by a trial court in as many as seven anti-Sikh riots cases.

However, the Delhi high court confirmed death penalty only in three cases, which were later commuted to life-term by the Supreme Court.

Sikh leaders across parties, including Punjab Chief Minister Amarinder Singh, welcomed the court decision and hoped that others involved in the riots would also soon be brought to book for their 'horrendous and inhuman acts'.

Proceedings were held inside the Tihar Jail by Additional Sessions Judge Ajay Pandey due to security concerns as one of the convicts, Yashpal, was attacked inside the Patiala House District courts premises on November 15, the last date of hearing.

The court directed that the complete original case file be submitted to the Delhi high court for confirmation of the death penalty.

As per the Code of Criminal Procedure (CrPC), the death penalty cannot be executed unless confirmed by the high court. 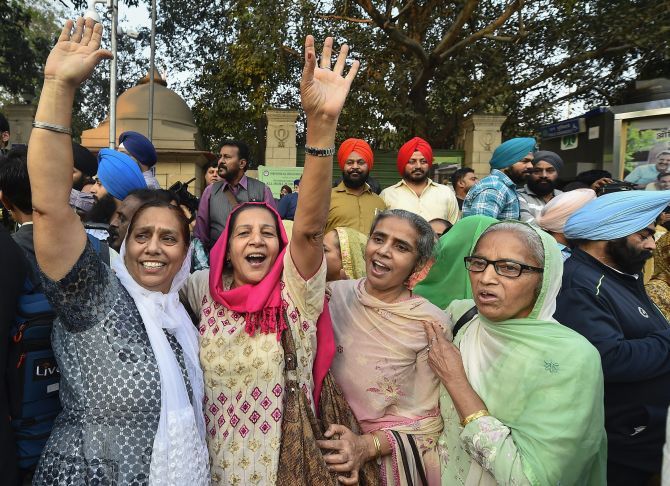 The convicts have also been awarded varying jail terms and fines for offences including attempt to murder, dacoity and attacking victims by dangerous weapons.

The court spared convict Naresh the gallows while taking note of his medical condition and his lawyer's arguments seeking leniency in the quantum of sentence.

Earlier, the court had convicted Singh and Sherawat for killing Hardev Singh and Avtar Singh in Mahipalpur area of South Delhi on November 1, 1984 during the riots that had taken place after the assassination of then Prime Minister Indira Gandhi at her residence by the two Sikh bodyguards a day before.

A mob of about 500 persons, led by the two convicts, had encircled the house of the victims and had killed them.

It was just one of the incidents out of several others Delhi alone during the riots that saw around 3,000 people being killed.

Of the 650 cases registered in connection with the anti-Sikh riots in Delhi, 267 were closed as untraced by the Delhi Police. Of these 267 cases, five were later taken up by the CBI.

The SIT found 60 cases appropriate for further investigation and has filed "untraced report" in 52 cases in the last one-and-a-half years.

Out of the eight cases being investigated, charge sheets have been filed in five, while the status of three cases, in which senior Congress leader Sajjan Kumar is an accused, is 'pending investigation'.

The Congress welcomed the court order saying it was 'proud' that the legal process was being allowed to work out its course.

Role of several Congress leaders had come under scanner for allegedly inciting violence during the riots across Delhi and some other places that saw thousands getting killed, raped, assaulted and their homes burnt.

Tuesday's proceedings were held inside the Tihar Jail due to security concerns as one of the convicts, Yashpal, was attacked inside the Patiala House District courts premises on November 15, the last date of hearing.

A day later, as the convicts were being taken to the lock-up inside the Patiala house court's premises after the arguments on quantum of punishment, Bharatiya Janata Party MLA Manjinder Singh Sirsa had slapped Yashpal Singh and slogans were raised against two convicts.

Anticipating a law and order issue, the police requested the court to pronounce the order inside Tihar.

The SIT had told the court it was 'brutal murder of two innocent young persons aged around 25 each. It was a planned murder since the accused were carrying kerosene oil, sticks etc'.

"People from only one community were targeted. It was a genocide. The incidents had an international effect and it took 34 years to get justice. A signal should go to the society to deter them from committing such horrible crimes. This is rarest of rare case which calls for death penalty," the SIT had said.

However, the advocate for the convicts said that the attack was not deliberate or planned but a sudden flare up.

The case was lodged on a complaint by victim Hardev's brother Santokh Singh.

The court held both the accused guilty under various sections including 302 (murder), 307 (attempt to murder), 395 (dacoity) and 324 (voluntarily causing hurt by dangerous weapons or means) of the IPC.

"Justice has finally been meted out to the perpetrators of the heinous crimes," Amarinder said, while reacting to the of sentencing.

It has taken more than 30 years for the court to deliver justice in this case, the chief minister noted, adding that he hoped that the other cases would also be settled by the judiciary soon.

The chief minister also expressed hope that others involved in the attacks would also soon be brought to book for their ‘horrendous and inhuman acts’.

Sikh leaders cutting across party lines welcomed the decision and vowed to continue their fight till each and every victim gets justice.

Aam Aadmi Party leader H S Phoolka said it was a great judgement and now the Sikh leaders are quite hopeful that in other cases also the victims would get justice.

A Sikh survivor called the judgement "a start", saying the fight will continue till they get "complete justice" and bring all perpetuators to justice.

Following is the chronology of events that led to conviction and the awarding of capital punishment in the case on Tuesday.

Nov 1, 1984: Hardev Singh and Avtar Singh were attacked and killed by a violent mob in the Mahipalpur area of South Delhi during the 1984 anti-Sikh riots.

1993: A case was registered at Vasant Kunj police station on the recommendation of Justice J D Jain and D K Aggarwal committee based on Singh's affidavit.

Feb 9, 1994: Delhi Police could not gather evidence to prosecute any accused and after investigation, an untraced (closure) report was filed which was accepted by the court.

Aug 27, 2016: SIT publishes a public notice in leading newspapers of Punjab and Delhi requesting people acquainted with the facts of the case to give evidence about it.

Nov 15: Court reserves order on the quantum of punishment to be awarded to two persons for killing two men.

Nov 20: A Delhi court awards death penalty to convict Yashpal, the first capital punishment in the case and gives life term to Sherawat. 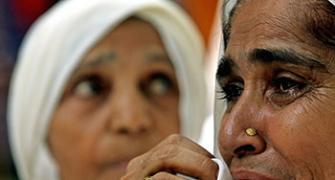 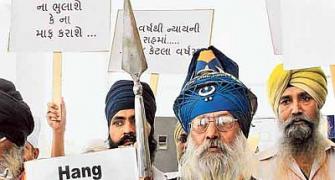 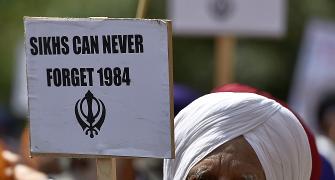 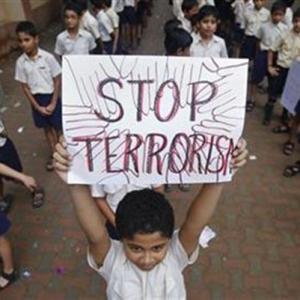