Delhi cops yet to register case against Geelani; BJP fumes

Despite Home Minister P Chidambaram's assurance that action will be taken against Hurriyat leader Syed Ali Shah Geelani's alleged secessionist speech in New Delhi last week, the city police is yet to file a complaint against the separatist leader.

Mukhtar Abbas Naqvi, senior vice president of the Bharatiya Janata party, alleged that the Delhi police haven't even registered a case against Geelani.

"The home minister seems helpless in implementing his own directive. There seems to be some confusion between what Chidambaram told newsmen on camera and the directive he issued to Delhi police chief Y S Dadwal. The Delhi police must register a case against him for his anti-national speech," Naqvi said.

Addressing a seminar on Kashmir, the leader of the hardline faction of Hurriyat had declared, "Kashmiris want Azadi". BJP supporters, who were present at the venue, had  protested against Geelani's speech and disrupted the seminar. The Delhi police had detained over three dozen protestors from the seminar, but not taken any action against the elderly leader.

The BJP has demanded the arrest of Geelani, saying any comment which seeks to break the nation is not acceptable to India. 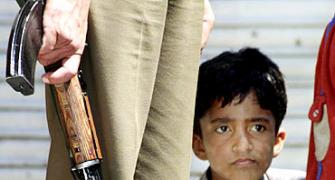 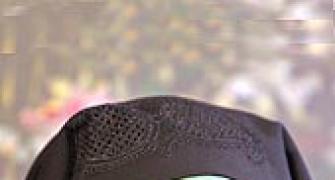 Kashmir's most wanted woman speaks out!

'They are killing the democracy in Kashmir'