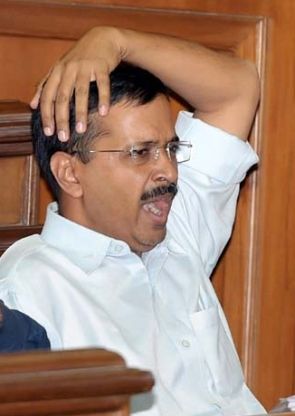 The electricity bill of Delhi Chief Minister Arvind Kejriwal's Civil Lines residence was about Rs 91,000 for the months of April and May, according to an RTI reply.

The General Administration Department of Delhi Government has furnished the copies of electricity bill of Kejriwal's Civil Lines residence running into Rs 91,000.

The RTI query was filed by Vivek Garg, an advocate and RTI activist.

Delhi BJP, however, claimed that the bill was over Rs 1 lakh and said that it would also seek power bill details of all AAP ministers.

According to a senior official, the government will verify the bill before speaking on the matter.