Source: PTI
December 02, 2010 22:35 IST
With the arrest of three members of a criminal gang from Haryana's Mewat district, the Delhi police on Thursday claimed to have solved last month's case of abduction and rape of a Mizo business process outsourcing employee, which sparked a public outrage and again raised questions over safety of women in the city.

Delhi's Commissioner of Police B K Gupta said two persons were arrested in a raid by a team of over 300 police personnel from Mewat after they zeroed in on the gang following thorough investigations.

Out of the five men allegedly involved in the crime, two -- Shamshad and Usman -- were arrested last night, and a third -- Shahid -- gave himself up today in Faridabad. But two others -- Kangru and Iqbal -- are still at large, he said.

Gupta told mediapersons that a team consisting of 15 officers of deputy commissioner of police and inspector level rank, and 300 police personnel was constituted to probe the case and nail the culprits. The team was led by joint commissioner (southern range) Amulya Patnayak and DCP South H S Dhaliwal.

He said the victim, who fully cooperated with police, had told them some peculiar characteristics of the vehicle in which she was abducted and this helped them trace it. "It was a totally blind case. The culprits had left no clue, even their vehicle bore no number. Zeroing in on the main suspects was therefore a Herculean task," Gupta said.

The commissioner said Dhaliwal had not shared all the information with the media during the investigation, as that would have helped the culprits.

Dhaliwal said the crime was committed on the "spur of the moment". He said the culprits who were on the move saw the victims in their office cab after which they chased them to their place of drop.

"When they saw the two women walking towards their apartment, they abducted one while the other managed to escape," he said.

The incident had occurred at 1.10 am on November 24. The victim was abducted by the culprits while she was walking toward her rented accommodation in Moti village near Dhaula Kuan along with her colleague after being dropped by their office cab from their workplace in Gurgaon.

The commissioner said they had decided to trail the BPO cars to see whether they are dropping the girls right up to their destinations. He said they are also discussing legal provisions in this regard.

The investigation involved checking around 6,000 vehicles and scanning the entire Mongolpuri area, where the gangrape was committed, to scour for suspects. Gupta said the main accused in the case was also arrested in connection with a gangrape in 2007 in Faridabad along with his uncle and brother. 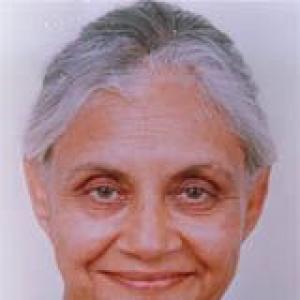