Delhi blast accused also to be booked for cop's murder

Source: PTI
February 02, 2010 17:55 IST
A suspected Indian Mujahideen terrorist arrested in Azamgarh in connection with the 2008 serial blasts in Delhi, will be charged with the murder of Delhi Police Inspector Mohan Chand Sharma during the Batla House encounter, sources said on Tuesday.

Shahzad alias Pappu, an accused in the September 13, 2008 serial blasts in Delhi which claimed 26 lives, was arrested by the Anti-Terrorist Squad of the Uttar Pradesh Police from Khalispur village of Azamgarh district on Monday evening and will be brought to Delhi for interrogation.

The suspected Indian Mujahideen terrorist will be charged with the killing of Sharma during the September 19, 2008 encounter at Batla House, a week after the serial blasts rocked the capital, the sources said.

A team led by Sharma had gone to Batla House following inputs that a module of Indian Mujahideen terrorists were holed up in a flat there. When intercepted, the group members allegedly opened fire, which was retaliated by police.

While two terrorists were killed in the encounter, police had claimed that two others -- Shahzad and Junaid  managed to give them a slip and fled from the spot.

Shahzad, who carries a reward of Rs 5 lakh on his head, was named in five chargesheets regarding serial blasts filed by Delhi Police in a court.

Shahzad was accused of planting bombs at the India Gate and Karol Bagh. However, the bombs planted at India Gate did not explode and were recovered and defused by the police.

Twelve more accused are yet to be arrested in connection with the Delhi serial blasts case. 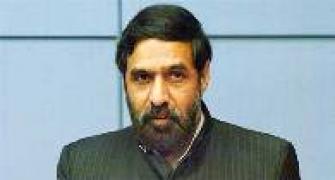 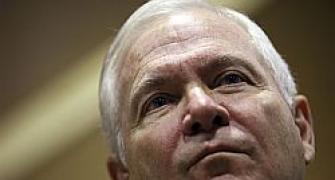 Gates on India visit from Tuesday to boost ties

'Boys killed in Batla House were part of IM'