Delhi assembly polls may be held on February 13 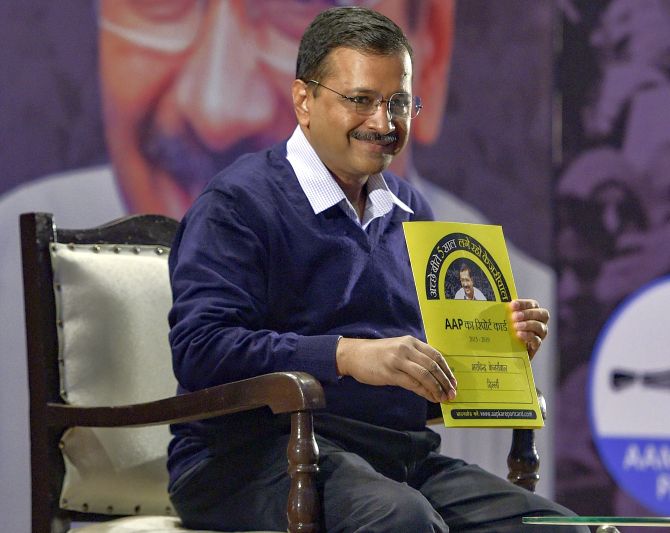 The Election Commission of India is likely to conduct the Delhi assembly election on February 13, 2020.

The EC, according to EC sources, is likely to announce the election schedule by January 10 for the 70 assembly segments.

The EC has swung into action after the Jharkhand poll results.

Two full bench meetings of the EC have already been held to discuss the Delhi poll dates.

The deputy election commissioner in charge of Delhi suggested either Thursday, February 13, or Friday, February 14, as dates for the election.

The EC generally avoids an election on Friday -- the day of Friday prayers -- has zeroed in on February 13 for the Delhi election.

Campaigning has already begun in the capital. Prime Minister Narendra Damodardas Modi held a rally on December 22 at the Ramlila ground followed by the Congress.

The ruling party in Delhi, the Aam Aadmi Party, is already in election mode. It released full page advertisements in the capital's daily newspapers.

The Delhi assembly poll is likely to be a straight contest between the AAP and the BJP.

The Congress, which drew a blank in the 2015 assembly election, will try to gain lost ground.

Some Congress leaders wanted an alliance with the AAP, but Delhi Chief Minister Arvind Kejriwal's offer of six seats to the Congress ended the alliance talk.

In the 2019 Lok Sabha election, the BJP won all 7 parliamentary seats in Delhi.

The AAP came second while the Congress was a distant third.

Kejriwal's party is concerned that Hindu votes will be divided after the recent protests in the city against the Citizenship (Amendment) Act.

The BJP pins its hopes on Modi's appeal.

The AAP poses a serious threat to the BJP and Congress with its work in the infrastructure, education and health sectors. 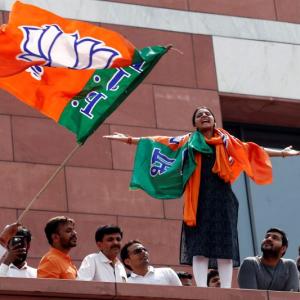